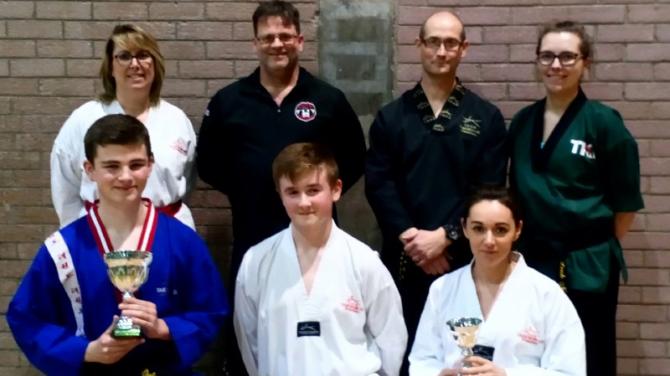 MEMBERS of Antrim TKD were part of the Northern Ireland TAGB Taekwondo Squad who travelled recently to participate in the South West of England regional championships held in Bristol.

Fifteen students made up the squad that travelled to Bristol and competed with over 350 other TKD competitors from across the South West of England.

A total of eight trophies were achieved by the Northern Ireland team in the Sparring and Patterns events - three gold and five silver.

It was a fantastic performance overall from every member of the squad with some narrowly missing out on a medal.

And among the trophy winners were three members from the Antrim TKD club.