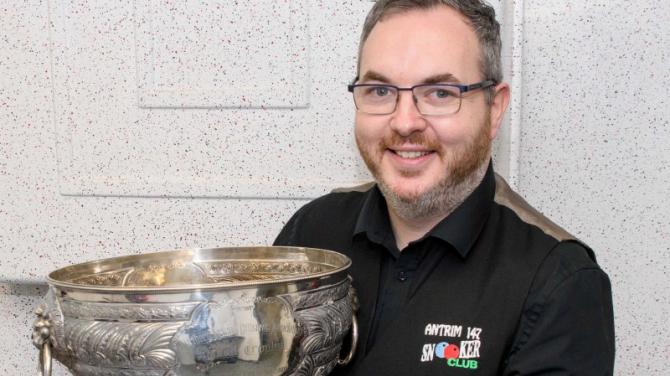 Declan Lavery’s name has been etched on to the famous old trophy after he claimed the prize for the first time last weekend.

Dating back as far as 1927, the prestigious title has been won in the past by such snooker luminaries as Alex Higgins and Mark Allen.

Organised by the Northern Ireland Billiards and Snooker Association – part of the World Snooker Federation – this year’s event featured over 70 hopefuls who fought for the right be crowned champion over three consecutive weekends.