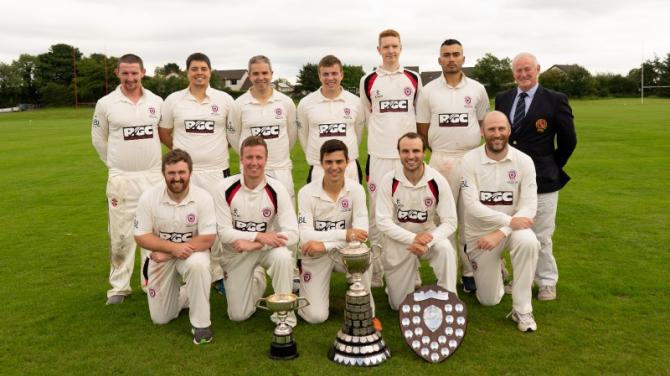 TEMPLEPATRICK Cricket Club will be hoping for a successful 2019 season as the club celebrates its 50th anniversary.

Founded in the Co Antrim village in 1969 by a group of Old Boys’ League footballers, the club has been on an incredible journey over the past five decades.

Based at The Cloughan in Ballyclare since 1994, the club will this season field five senior sides for the first time, as well as a ladies’ team and A and B youth teams at U11, U13 and U15 age groups.

Last season was the most successful in Templepatrick’s history.

No fewer than six league and cup successes at adult and youth level, including a hat-trick of trophies for the First XI, that saw the club named runner up in Cricket Ireland’s Club of the Year award.