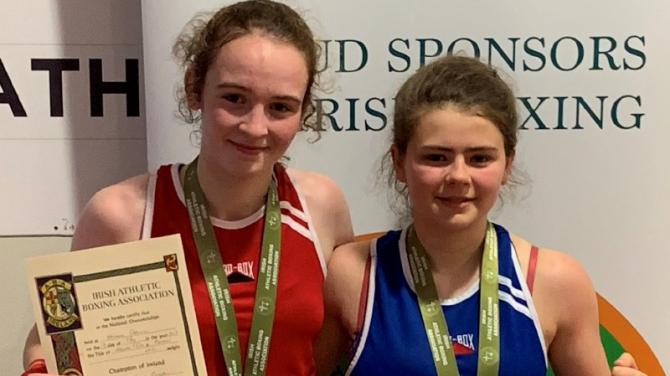 TALENTED young boxer, Nicole Clyde has once again proved her mettle after taking gold at the All Ireland Championships in Dublin.

The light-footed teen was fastest with her fists, showing great discipline to see off a two-time champion on her way to the final.

In an incredible display of boxing, Nicole proved herself more than worthy as she defeated an impressive and experienced an opponent to claim her crown.

Also making it to the finals was Nicole’s friend and clubmate at Antrim Amateur Boxing Club, Deanna Parke.