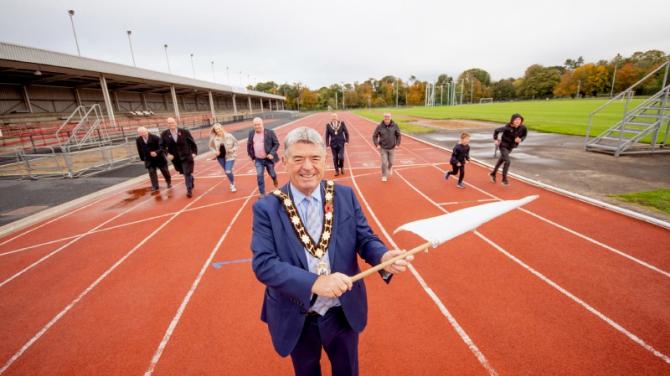 The stadium first opened in 1979 and the newly named Northern Ireland Centenary Stadium will carry with it all the history, events and achievements accomplished by the clubs and athletes over the years.

Mayor of Antrim and Newtownabbey Billy Webb said, “I am delighted that we were able to include this special rededication of our athletic stadium in our programme of Centenary events.

“There have been a huge number of successful events at the stadium over the years, as well as athletic stars training here and succeeding in their sporting careers, thanks to the dedication of coaches and clubs.

“I know there will be many more success stories to come under the new Northern Ireland Centenary Stadium name.”

DUP councillor Paul Dunlop added: “After bring the proposal to rename Antrim Stadium to Council during this the Centenary Year, I was delighted to see the official renaming Northern Ireland Centenary Stadium.

“I now look forward to the laying of the new athletics track, which will bring the venue up to a standard to attract international competitors and competition from around the UK and further afield.”