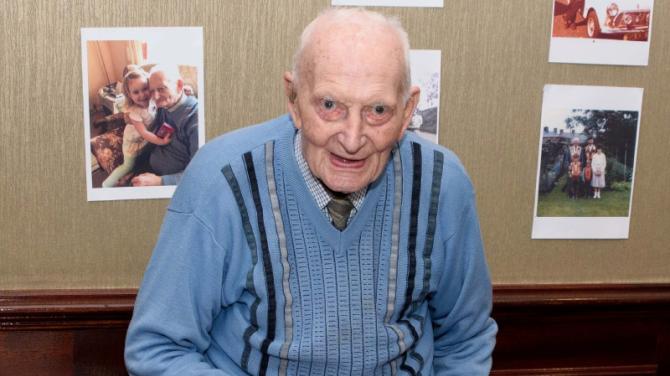 RANDALSTOWN man Joe Graham celebrated his 100th birthday in style on Sunday - with friends, family and well-wishers by his side.

With 10 decades under his belt, the sprightly centenarian was almost overwhelmed by the outpouring of good wishes which reached him on his special day - five days earlier than he had spent many years of his life believing his date of birth fell!

Joe used to think that he was born on August 31, 1918 but it wasn’t until a hospital stay when staff checked his records that the family realised the actual date.

“I think at some point, the date was mixed up with another relative,” his son, Brian explained.

“We all had a good laugh about it though - he’d made himself a few days younger than he really was!”

Whatever the date, Joe was surprised with a record number of cards and messages from far and wide and by no means the least of these came in the form of a very special rendition of happy birthday from one of Northern Ireland’s best loved sons.

Popular actor Jimmy Nesbitt took time out from a night off in Portrush to record a video and was thrilled to hear of Joe’s incredible achievement.

*READ THE FULL STORY IN THIS WEEK’S ANTRIM GUARDIAN