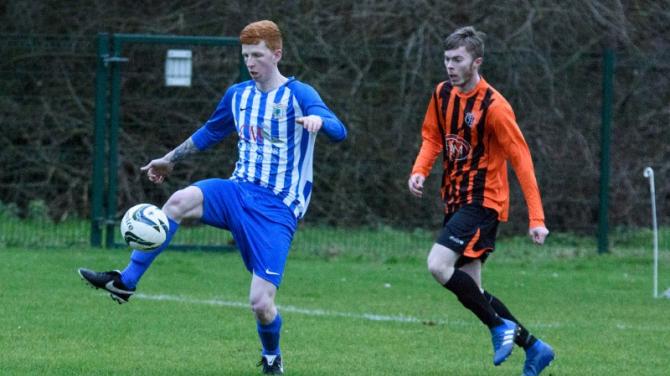 IT’S Holywell who progress through to the next round of the Sammy Moore Cup, winning 3-2 on aggregate, despite going down by a single goal in Saturday morning’s derby at the Forum.

“They barely got out of their own half. We had chances, but our final ball let us down.

“We were the better team, but they just defended and defended, though fair play to them, they’re through and we’re not!”

*Full coverage of the BSML, Chimney Corner and Antrim Rovers in this week’s Antrim Guardian