Stroll in the park for Ramblers 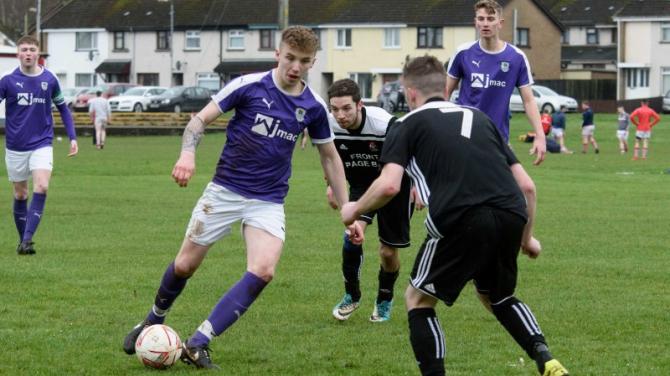 RANDALSTOWN Ramblers enjoyed a 3-1 success over Woodside on Saturday in Division 3 of the BSML.

Up against a defensive Woodside, it took Randalstown time to get going.

And things didn’t any easier for the visitors when they had a player red-carded.

The Ramblers created chance after chance, until midfielder Rory McLarnon showed the way, with a thunderous half volley into the top corner of the net, just before the interval.

The second half saw the long-awaited return of striker Seanchan Duffin, who has been out for most of the season with an ankle injury.

Randalstown were denied by the woodwork and some inspired goalkeeping, before doubling their lead with a real poacher’s goal from substitute Dylan McClure.

But this match wasn’t quite done and dusted, as a fine Woodside strike caught out Ramblers’ keeper Joe Webb, bringing the visitors back within touching distance.

However, it really was all over bar the shouting once Jack McCoy restored the Randalstown side’s two-goal cushion five minutes from time, curling a left-footed shot into the corner of the net.