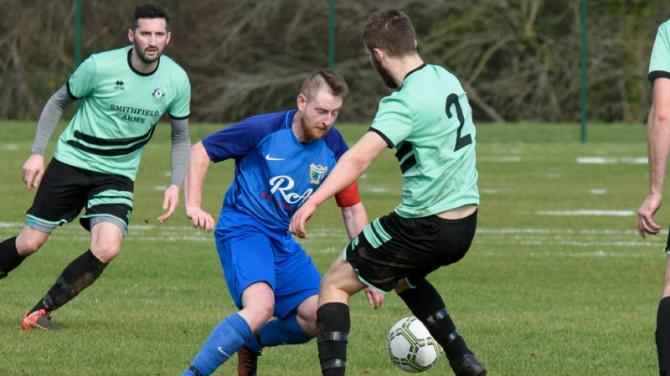 FC Brantwood stumbled to another defeat in the BSML on Saturday, going down 4-1 to high-flying Waveney Swifts at the Forum.

The Antrim side have now just two games left but really need another three points to edge into one of the play-off slots – and those two games just happen to be against the top two - Randalstown Ramblers plus the return fixture against Waveney.

As if playing Waveney wasn’t going to be hard enough, it didn’t help Brantwood’s cause when they gifted the visitors a 10th minute opener, keeper Jonathon Grayson failing to read defender Glen Clarke’s back header.

Waveney added two more before Brantwood pegged one back, from an own goal, just before the break.

An early second half goal for Brantwood and they would have been right back in it, but instead, it was ‘game over’ once Swifts notched their fourth.

*Full coverage of the BSML as well as reports of the games involving Chimney Corner, Crumlin United, Crewe United and Ballyclare Comrades in this week’s Antrim Guardian