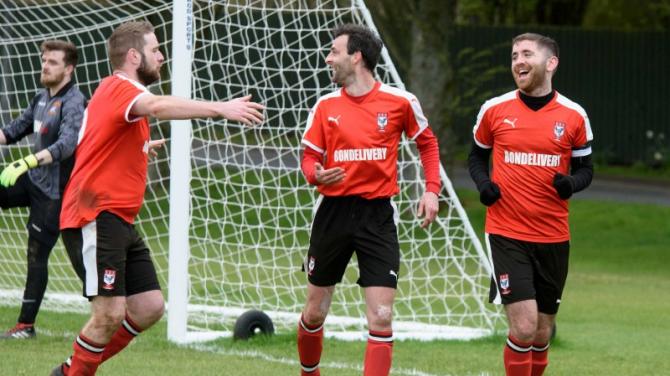 The Antrim side had the bulk of the early possession, and almost broke the stalemate following a neat link-up between Oran McAuley and Liam O’Boyle.

Miles Devine also went close, rounding the keeper, but from a diminishing angle could only screw his shot into the side netting.

FC Antrim finally made the breakthrough right on half-time, Mickey McKendry fastening on to a long punt from keeper Ihan Westerhuis.

The homeside went two up ten minutes into the second half, Kyle Buckley opening his FC Antrim account after O’Boyle had whipped a ball in from the left.

Eight minutes later, Buckley and Antrim were celebrating again, following up after Niall McCoy’s initial effort had been parried by the keeper.

Best of the lot, though, was Antrim’s fourth, after Peter McAuley wangled some space for himself inside the box.