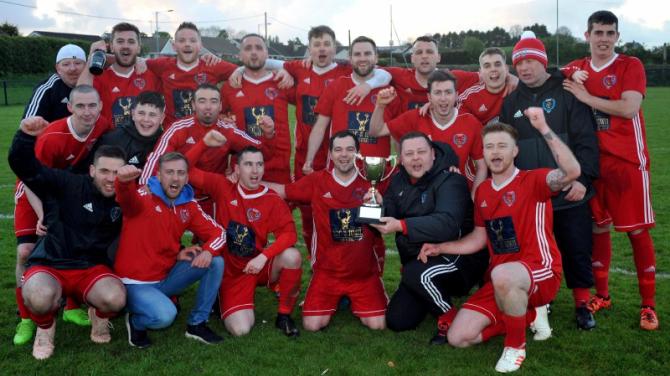 THEY may not have been favourites to lift the silverware, but Newpark Olympic really proved their mettle when they beat Division Two rivals Connor FC 4-2 in this season’s BSML George McAuley Cup final.

It’s a just reward for Newpark, who led the table for so long, until being overtaken by Connor in the run-in, which included an emphatic 8-1 victory over Olympic.

Friday night’s final, though, was a different story.

A delighted Newpark manager Stuart Warren told the Antrim Guardian: “I think we well deserved it, we were the hungrier team.”

The day airport security found a parrot taped to a woman's leg...