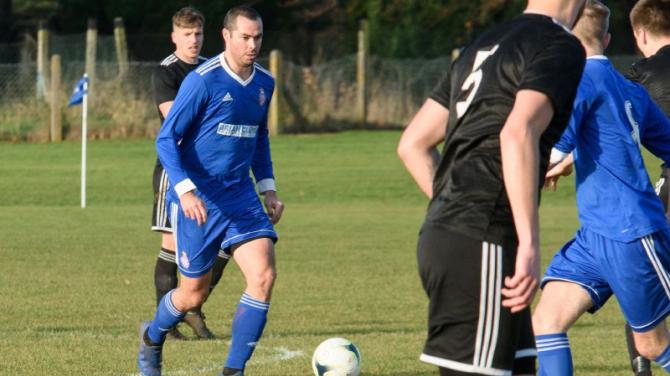 ABBEYVIEW’S games against Ahoghill Thistle have been fiery clashes over the years, but the Antrim side proved no match for the Thistle juggernaut who made it eight wins from eight in the League with a comfortable victory at the Forum on Saturday.

Thistle dominated from the first whistle but it took them until 31 minutes to make their dominance pay.

Alan Norton clipped a free kick into the box and Jason Johnston rose above his marker to head home the opener.

On the stroke of half time Thistle doubled their lead when David Drummond slipped in Randal Reid who exchanged passes with Peter Kennoway before slotting home his first goal of the game.

The second half was one way traffic with Jack Millar making it 3-0 for Thistle soon after the restart after good pressure from Randal Reid.

It was soon 4-0 with Alan Moore providing the assist with a right wing cross for Randal Reid to get his second goal of the game.

Randal Reid completed his hat trick soon after when he was on hand to fire home after an Alan Moore corner kick was headed down by Peter Kennoway.

Thistle were rampant and made it 6-0 through Jason Johnston who headed home his second goal of the game after a great Jack Millar delivery.

David Campbell completed the rout making it 7-0 when he was set up by debutant Matthew Lorimer to score to keep up Thistle’s relentless run of form.