Holywell lose out in tie with FC Penarol 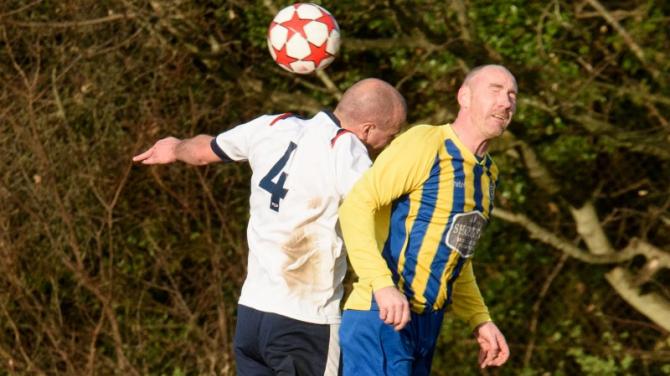 HOLYWELL FC lost out narrowly to FC Penarol in this somewhat scrappy Division 3 encounter at the Forum.

As Holywell manager Michael Brennan reflected afterwards: “Penarol are a fair side, they more or less controlled the match – apart from 15 minutes in the second half.

“So we’ve no complaints and no embarrassment in a 2-1 defeat!

“Against a team like that, you really need your best team out, but we did alright.”

It was Penarol who opened the scoring on 28 minutes, when Ryan Somers directed a header into his own net.

Penarol had the better of that first half, but one goal leads are notoriously precarious, and sure enough Holywell came out of their shell for a time in the second half, levelling matters through Ben Johnson on 58 minutes.

However, that’s as good as it got, as the Ballymena side halted Holywell’s growing momentum, restoring their lead of 78 minutes.

Subs, Kobi for Puglok; Hughes for Armstrong; Williamson for Hale.