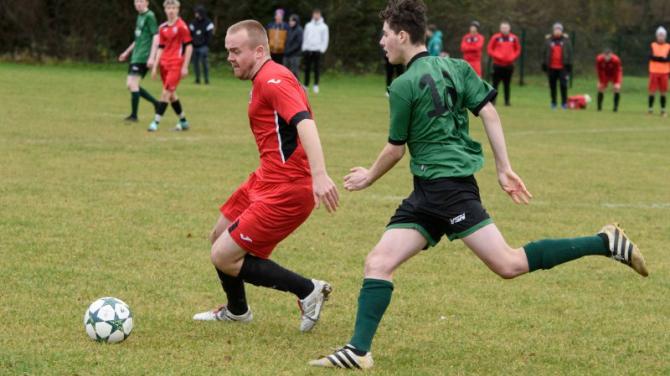 THERE was a game of unequal symmetry at the Forum, or, in ‘old money’ a game of two halves, where it was Randalstown who blunted the recent Moylena revival.

“We had enough chances in the first half to have won it.

“Fair enough, Randalstown came more into it in the second, but it was one of those games that could have gone either way.”

That should have been the platform for Moylena to go on and build a commanding lead, but Jonny Jordan and Adam Walker were defied by the Randalstown netminder, while the home side also pinged one off a post.

Yet the warning signs were then when Randalstown came more into the frame in the closing minutes of the half; Curtis Crawford clearing one effort off the line.

Randalstown started the second session where they had ended the first, restoring parity after 10 minutes, before edging in front just past the hour.

Moylena, nonetheless, still had their moments, such as when Adam Walker fired one just the wrong side of the upright.

Next Saturday, Moylena travel to Cushendall