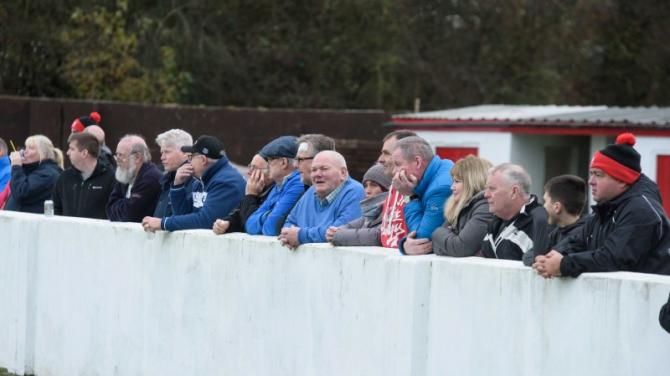 A UEFA A licensed coach, he will bring a wealth of experience from his two spells managing at Championship One level with Ballyclare.

“We look forward to working with Stephen and his backroom staff of Stephen and Billy Black once football returns,” said a Corner spokesman.

Hughes had two spells in charge at Ballyclare Comrades. He originally came to Dixon Park, looking after the Reserves, under Gordon Chambers, Eddie Hill and David Dorrian. He was then elevated to first team duties, alongside Eddie Hill, as Comrades had a realistic promotion push.

However, three years ago, the birth of Stephen’s first son meant that he had other priorities, and with Hill also moving on, in came Clifford Adams to see out the rest of the season; Comrades losing out to Institute in a promotion play off.

After Clifford departed towards the end of the following season, Ballyclare supporter Stephen Hughes came back to fill the breach, along with Comrades legend Jamesie Kirk.

Last October, though, Jamesie stepped down due to other commitments. So Hughes brought in Paul Harbinson, before tendering his resignation after a 4-5 home defeat by Loughgall.

He ‘kept his hand in’ coaching at youth level but once the opportunity came of getting back into management with Chimney Corner, he’ couldn’t turn it down’.

Ironically, it was Stephen Hughes who recommended his predecessor Kingsley Burrows to Chimney Corner. A

“Kingsley had worked with me at Ballyclare, looking after the Reserves. Corner needed players and I knew Kingsley would be able to bring some decent players from the Comrades, where some of young lads were ready to move on,” he said.

“The first year, they exceeded expectations, but last season, anything that could go wrong, went wrong. They had a lot of bad luck. And sometimes, it’s the second season sometimes that ‘gets you’!

“Corner have a young squad and it’s a strong league now, up against ex Irish League players such as Ryan Catney, Barry Johnston and Stephen McAlorum.

“It’s a good learning curve for young lads coming in, maybe out of Reserve team football, a great chance to test themselves against experienced players, who know how to manage games.

“I know some of the current players, like Joel Haggan, Reece Gilmour and Tom Patchett, who is on loan from Ballyclare. You can’t really talk to players face to face in this current climate, but I’ve already snapped up Jamie McTaggart (18th Newtownabbey Old Boys) and Mark Conn (Mossley FC), who both played for me at Ballyclare Reserves

“We’re also trying to get a Second Team together. It’s all very well having a squad of 15 or 16, until you get injuries and suspensions. If you only have the one team, how are you going to hang onto two keepers? The second team will be full of young local players

“The chance of taking over at Chimney Corner really was a ‘no brainer’ for me. The good foundations have been laid; the club is in good stead. There are a group of players already there who are committed, and there is a network of players I can use to help build on those foundations.

“I can’t wait to get started, whenever that will be!”