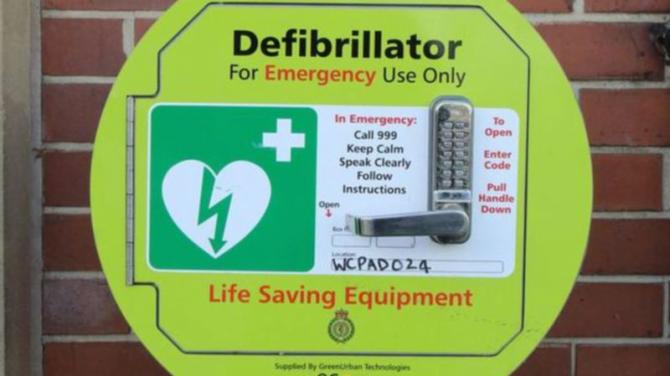 TRIBUTES have been paid to the people who brought their friend back from the brink after he suffered a suspected heart attack.

Make no mistake, this was team work in the truest sense of the word.

The drama unfolded on July 11 when a 33-year-old man collapsed at Crumlin United’s ground - and it was clear that the young player was fighting for his life.

But his team mates stepped up to the mark, and medics believe that made a decisive difference to the outcome.

Some of the players raced to retrieve a defibrillator and used it to shock the stricken man’s heart back into action.

They also performed CPR and in time the patient’s condition dramatically improved.

But they were not taking any chances.

An ambulance was already en route, but players managed to flag down a passing police car on the Mill Road.

And the officers were ‘hugely impressed’ by the concerted team effort to help their friend.

“There can be a lot of negativity on social media these days but I’m always keen to highlight exceptional work in the community,” said a police spokesman.

“This is one such example.

“When officers arrived his team mates had already applied a defibrillator, performed CPR and brought him around.

“An Air Ambulance arrived and commended the players on their actions and said they were literally life-saving actions.

“I’m also led to believe that the Fire Service and members of the community in Crumlin were in attendance and trying to assist.

“This is a superb example of a community and emergency services working together.

“We hope the gentleman involved gets better as soon as possible.”

And that sentiment has been echoed by Alderman Thomas Burns.

The veteran SDLP man thanked the patient’s enterprising teammates for ‘pulling together’, adding that the incident underlined just how important the Borough’s network of defibrillators are.

“I was very sorry to hear of one the players ill health at the weekend but it was fantastic to see how members of the team were able to think quickly and help support the emergency services in order to save the man’s life,” said the Crumlin rep.

“It really does highlight the importance of having a defibrillator at all sports grounds and having people trained to use it.

“I would encourage everyone to take basic first aid training as it really can be a live saving skill.

“I hope that the man makes a speedy recovery and I applaud those who helped save his life.”