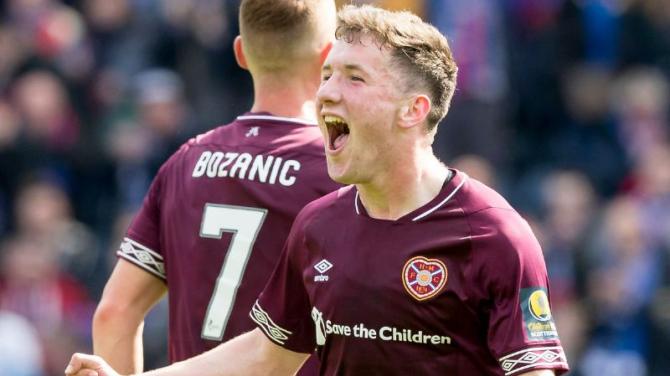 Barrow won promotion to League Two from the National League on a points-per-game game basis but led the table by four points when football was suspended due to the coronavirus pandemic.

Burns spent the 2019/20 season on loan down under at Newcastle Jets in the A League from Tynecastle but David Dunn who was appointed as the new Barrow boss last month following the departure of Ian Evatt to Bolton Wanderers has pounced to secure his signature.

With the Newcastle Jets the left-back who can also play as a midfielder made 16 appearances providing one assist as he impressed fans at the McDonald Jones Stadium.

The former Glenavon star has also had a spell with Livingston.

The 20-year-old featured ten times for Hearts overall netting once against Aberdeen in May 2019.

He was also an unused substitute for the Jambos in their Scottish Cup final defeat to Celtic the same year.

During his time under the stewardship of Gary Hamilton Burns went on to score eight goals in 41 appearances for the Lurgan Blues and was nominated for the Northern Ireland Football Writers’ Association Young Player of the Year award in 2017/18.

He also has plenty of experience on the international stage, with 10 caps at U21 level under the management of new Northern Ireland senior manager Ian Baraclough and has also played at both U19 and U17 level.

He was also called into the senior set-up under Micheal O’Neill but has yet to make his senior debut for his country.