Clubs hopeful that soccer is bouncing back 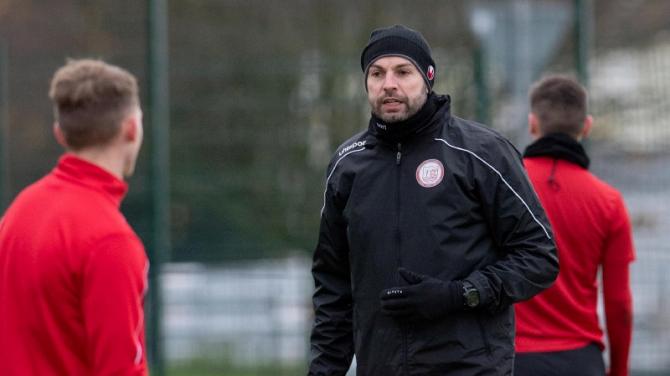 GIVEN that we are well into November and the Northern Amateur League season has yet to start, managing to complete 26 league fixture not to mention various cup competitions was always going to prove challenging!

Bearing in mind that, with the inevitable postponements in the height of winter, some clubs were invariably playing three games a week to clear up the backlog when the clocks sprung forward – and this was from an August start!

The League therefore decided to split the Divisions into two groups of seven; six home games and six away.

The two top teams will compete against the top two in the other group, play off style for the league winners.

This will only happen if a full schedule is completed.

It was intended to commence the league on Saturday November 21.

However, last week’s news that the ‘circuit break’ did not end on Friday, the fixtures arranged for this weekend have been postponed.

Provided there are no further imposed delays, the season could start on November 28, with the fixtures already agreed for that date.

However, outside ‘elite sport’ such as the Premiership, most clubs have not had any physical activity for four to five weeks.

The original November 21 kick off would have allowed some time for teams to get back into shape, but if a club wished to postpone their 2November 28 fixture, they should contact their opposition and League Secretary no later than November 20.

Crumlin United are our ‘local team’ in the Premier Division, and are in the first group, along with Immaculata FC, Derriaghy CC, 1st Bangor OB, Larne Tech OB, Ards Rangers and Rathfriland Rangers.

Pending no further restrictions, Crumlin will begin on November 28, where Immaculata FC will be the visitors to the Mill Road.