Abbeyview win the Battle of Antrim! 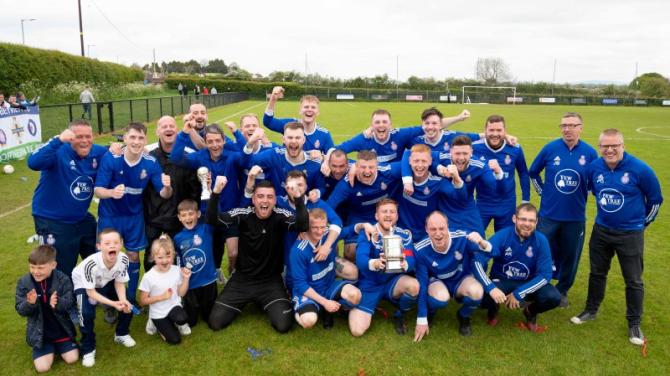 IT may be called the Ballymena Saturday Morning League, but Saturday’s Zala Cup final was very much an Antrim affair.

Holders FC Antrim and Abbeyview saw off all comers to book their spot in the showcase final - and both sides were playing to win.

With emotions running high, there was occasional tensions on the pitch - but that could not spoil what was a thrilling encounter.

FC Antrim held firm, but were dealt a serious blow when Kyle Buckley was injured and was forced to retire.

Sub Shane Donnelly entered the fray and he soon made his mark on the game.

But it was Abbeyview who went ahead on the stroke of half time - though Donnelly almost equalised immediately. He was denied by a great save from Darren Harbinson who had a fantastic game in nets.

Harbinson was later named Man of the Match, and few on the field would disagree with that. For long periods he held a determined FC Antrim at bay single-handedly.

Abbeyview doubled their lead, so FC threw everything into attack.

They pulled one back with 10 minutes to go, setting the stage for a thrilling finale.

But that man Harbinson had other ideas and Abbeyview held on for a memorable win.

An absorbing game - and a great advertisement for the standard of soccer in Antrim.

* See full reports and photographs from the final on pages 46 and 47 of this week’s edition.