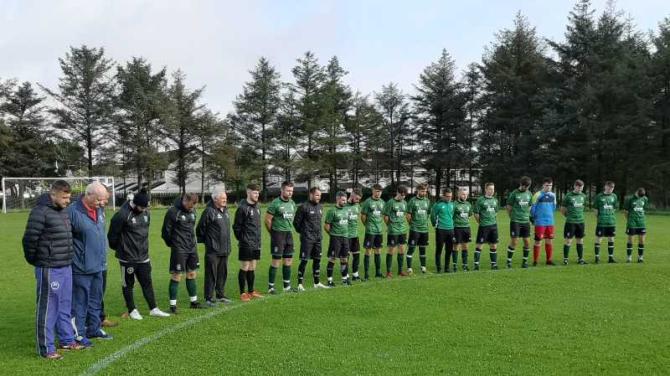 FC Moylena held a minute’s silence before their match on Saturday in memory of former player Brian Steen who passed away last week.

The silence was also observed by their opponents Randalstown.

Speaking afterwards, Paul extended his ‘heartfelt thanks’ to all at Moylena and Randalstown.

“This was a touching gesture which is very much appreciated by the family circle,” he said.

The Antrim side went on to win the match 7-3.

Last week Paul said they family were ‘totally devastated’ by their loss.