Talented midfielder admits staying at the Showgrounds was a 'no brainer' 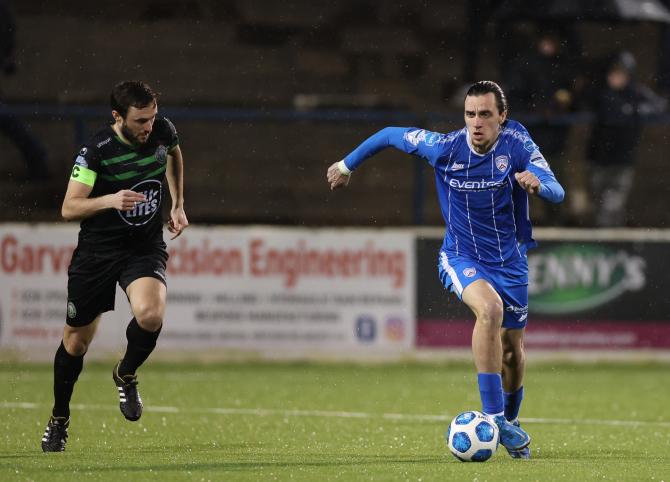 COLERAINE Football Club is pleased to announce that Jamie Glackin has extended his contract at the club for another three years.

Glackin has put pen to paper on a deal which will see him remain at the Showgrounds until June 2025.

The Omagh man, who joined Coleraine from Crusaders, has made 139 appearances for the Bannsiders, scoring 19 goals and providing 41 assists.

News of his contract extension puts to bed rumours that the midfielder would be leaving the club in the summer.

"We know that the rumours have been going around but, to be fair, Colin and I sat down with Jamie and had a really good, straight forward conversation," said Bannsiders' boss Oran Kearney.

"I got the feeling towards the end of the season that Jamie was happy here and our conversation reflected that. He loves the club, he’s mad keen to stay and feels appreciated by everyone at the club.

"There is a stereotype of a creative midfielder that they don’t want to do the hard yards but, to be fair Jamie, he’s right up there as one of our hardest workers. That’s what draws fans towards him: you know that every time he goes out there you’ll get a shift out of him."

As for the player himself, he said signing on again at Ballycastle Road was a 'no brainer.'

"The one thing I was certain about was how happy I am at the club, playing every week for the best manager in the league, so it was a no brainer for me," he said.

"I tried the full time thing at Crusaders and it didn’t work out and as soon as I came to Coleraine they gave me my chance and I wanted to be loyal," he added.

Glackin's contract extension represents the first piece of transfer business done by the club since the season ended a number of weeks ago.

It is expected that new faces may join in the coming weeks with others possibly going in the other direction.