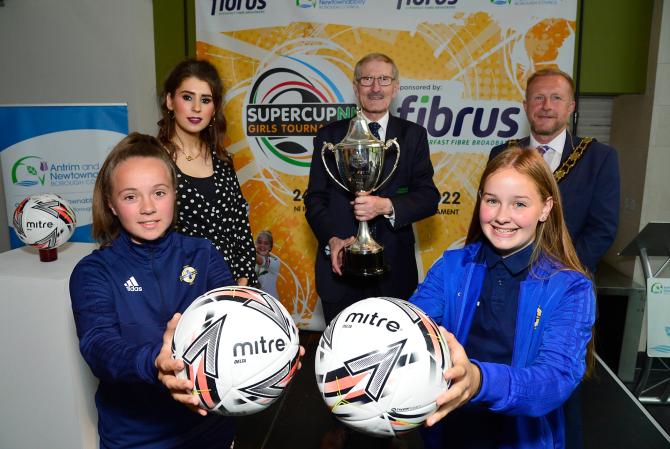 It has been described as the best Youth Football Tournament in Europe and this year, SuperCupNI is extending its footprint to introduce a Girls’ Tournament in July.

Games in the under 13 section will be played on Monday 25th and Tuesday 26th July.

The under 16 section games will be played across the Borough on Monday 25th, Tuesday 26th and Wednesday 27th July and the Cup Final will be staged at Dixon Park, Ballyclare on Friday 29th July with a 2:00 pm kick off.

More on this story in Tuesday's paper.