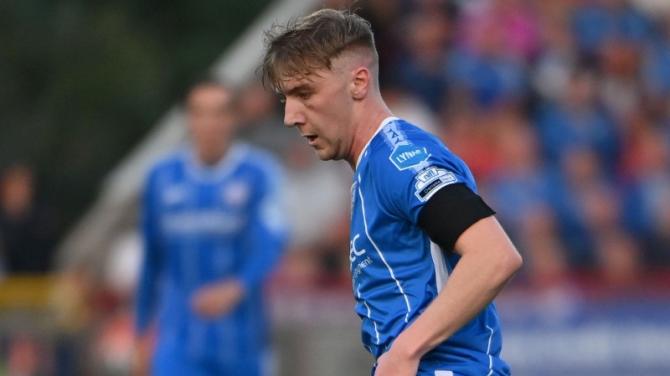 The trio join up with manager David Jeffrey when their current contracts end in the Summer.

Details of the new personnel were announced last night on the Ballymena United website.

The website says - Corbett, who turns 21 next month, regularly hit the headlines as a young footballer picking up the Centenary Shield for Northern Ireland followed by multiple player of the tournament awards at SuperCupNI.

He continued to earn rave reviews in midfield including two goals in a man-of-the-match performance to earn a Steel and Sons Cup final win against Newington, and a professional contract with Linfield.

David Jeffrey commented - “, Firstly can I say how delighted Bryan and I are that Jake has agreed to join us here. He's a young man that Bryan made a point to get to Welders games to see in action and he's an exciting young talent. His potential was hampered before last season due to injuries, but now he's ready to kick on and develop that talent further. We're delighted that he's chosen to do that here when we know there were other options open to him, but the negotiations were quick and simple and he's just raring to go into the next episode of his career.”

Meanwhile, Tweed developed through the ranks at Derry City before moving to Institute, where his performances in midfield caught the eye of a number of managers including United boss Jeffrey.

“Evan has been on our radar for some time, stretching back to when he was at Institute,” outlined Jeffrey on the Unietd website.

“When his availability came to our attention we were able to revisit it this year and Bryan went to watch him a few times. He's a no nonsense midfield player who is technically good and is looking for a new challenge. We met with him a few times and had good conversations about our plans and how we see him fitting into that, and he's as delighted to be a part of it as we are to have him.”

Forward Gibson was Carrick's top goal scorer last year and will be well known to supporters as the player who twice scored the winner against the Sky Blues in the first half of the season!

Like Tweed he is a player who has been coveted by Jeffrey, and like Tweed he has eventually got his man.

“We've looked at Jordan in the last three seasons, he is someone I've admired in terms of his ability, physicality and hard work,” said the United manager.

“Again he is someone who saw the plan we are developing and really wants to take on the challenge and be a part of that.”

Jeffrey said he is very pleased with all three signing.

“Supporters won't realise how difficult recruitment is at these times, and so to get the players we are targeting to bring in is gratifying to see the hard work pay off,” concluded the United manager.