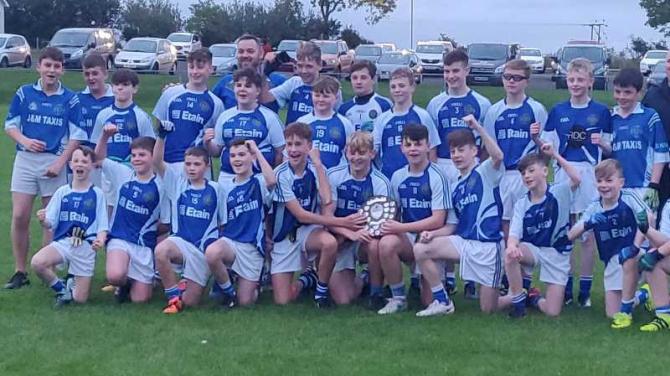 ST Benedict’s College players were very much to the fore as Tír Na nÓg, Randalstown, won the U14 South West Football Championship.

Connor Hastings captained the team and led from the front scoring seven points.

The boys were ably assisted with fantastic performances and scores from Joe McCormick (two), Caolan Hughes and Ordhan Murray.

The St Benedict’s players scored 14 of the team’s 16 scores, a fantastic achievement at individual and group level.

James McManus in goals with Kian Devine and Paul McCloskey were rocks in the centre of defence.

Paddy Neeson and Oran Loughran made up the St Benedict’s contingent.

A school spokesperson said: “All of the boys must be commended for making their school, their club and their community proud.”