Cargin through to senior football semi 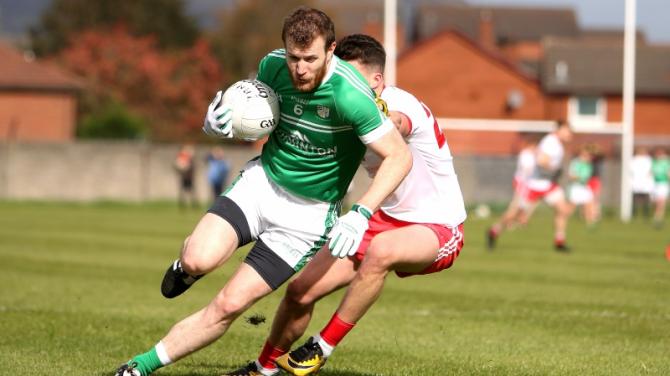 WHEN Michael McCann was shown a second yellow card, followed by red early in the second half of this SFC quarter-final replay against Lamh Dhearg at Corrigan there must have been those amongst the large attendance who felt the chances of the Erin’s Own men went with him, given the influence he had asserted on the drawn game a week earlier.

It took a pointed free from his brother Tomas to earn the Toome men a draw on that occasion despite an awesome performance from former county man, Michael and despite holding a slender lead today at the time of their talisman’s dismissal the Cargin side looked in trouble.

McCann had stood tallest in the initial drawn affair and very influential in the outcome but those Cargin people who feared the worst had no need to be concerned for when the call to arms was sounded Damien Cassidy’s charges rose to the challenge.