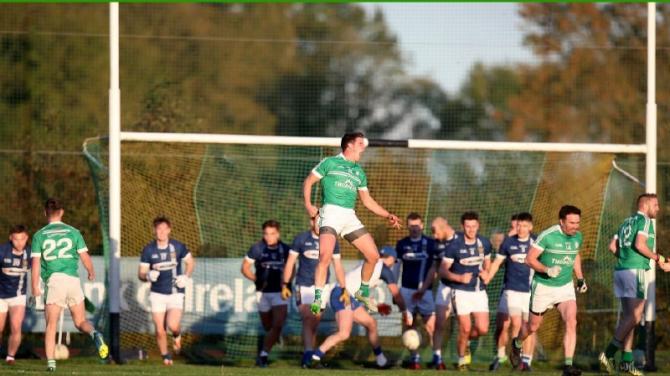 WITH his team facing the prospect of leaving the stage as he stood over the ball deep in added time at the end of what had been a truly dramatic and absorbing semi-final, Tomas McCann considered his options with his team a couple of points in arrears.

Some may well have guessed that the hugely talented individual would opt for the simple tap over to add to his considerable personal tally, but that was not an option as referee Sean Laverty had indicated that this was to be the ‘last kick’ of the game.

It was do or die for McCann as he picked up the leather knowing that anything less than a goal would bring the curtain down on his team’s championship campaign.

Cometh the hour, cometh the man and McCann stood up to the mark as he let fly with the proverbial bullet over the hands of the St Gall’s defenders on the goal line to set the green flag waving and book his team a place in yet another final - this time against local rivals, Creggan, who have reached their first decider in 41 years after beating St John’s in their semi-final clash on Sunday.