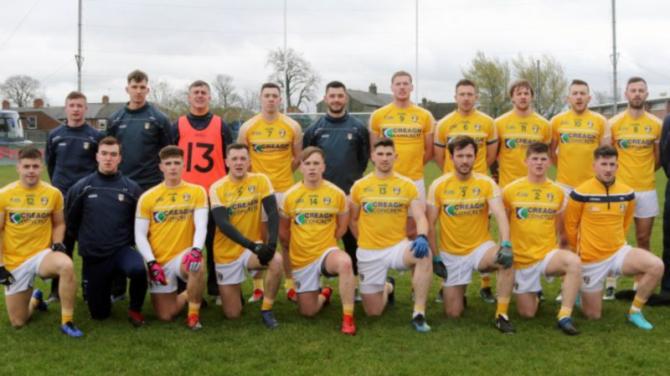 ANTRIM finally salvaged something from a dreadful National league campaign when they eventually got the better of Wicklow at Corrigan Park.

With just one victory against London after five outings, the Saffrons were literally scraping the bottom of the barrel in a campaign that went totally wrong.

But after coming close to securing promotion last season, they were virtually out of the running this time round after Derry and Wexford delivered knock out blows.