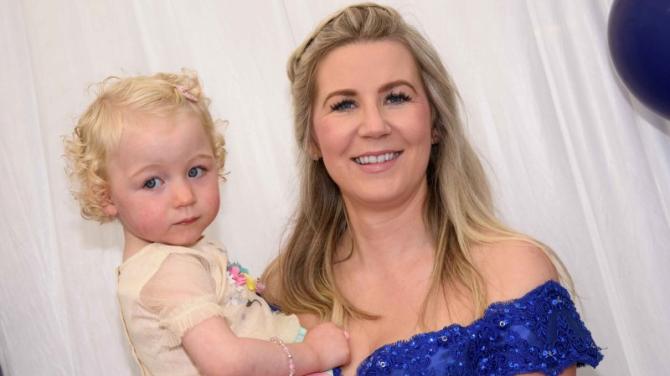 THE youth members of Tír na nÓg GAC in Randalstown turned out in force for the centenary gala event which formed part of the club’s very special anniversary celebrations.

One of the highlights of a year of special events, the junior gala was part of a packed summer festival where the club came together to mark the milestone in style.

With 100 years of camaraderie and success already under their belts, the club continues to hold firm in its beliefs of nurturing the future and the committee was thrilled to host the well attended junior gala at the clubhouse last week.

Ciarrai Bonnes (pictured left with one of the youngest stars of the future) and the rest of the committee were delighted as a crowd of enthusiastic youngsters descended for their very own formal.

Dazzling dresses, snazzy suits and a strong smattering of the club’s colours were on display as the young members enjoyed the fun and festivities in the club where it is hoped they will all enjoy long and happy memberships.