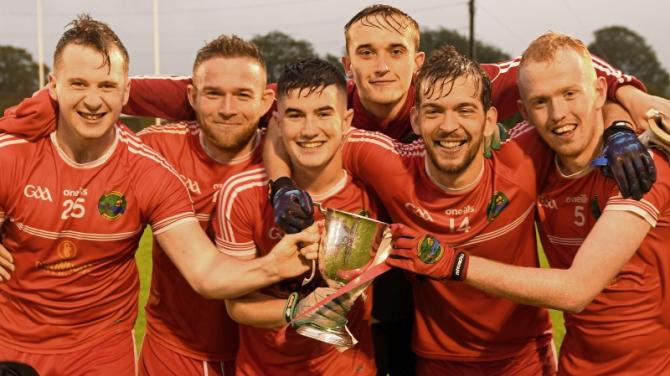 Trailing by seven points after 20 minutes, the Aldergrove side produced a breathtaking second -half display against St Ergnat’s to run out winners by a solitary point in a game in which Seamus McGarry and Fergal Burke were immense.

Meanwhile, there was similar joy for Cargin who bridged a yawning 19-year gap to claim the Antrim Minor Championship at the expense of a hugely fancied St Brigid’s side at Corrigan Park on Sunday.

But the Erin’s Own seniors will have to do it all over again in a replay after Tomas McCann landed an injury-time pressure kick against Lamh Dhearg to snatch a draw and keep alive their title hopes.

The replay will take place this Saturday (October 12) at Corrigan Park, with a 4pm throw-in.