Derry Minors into All Ireland semi-finals 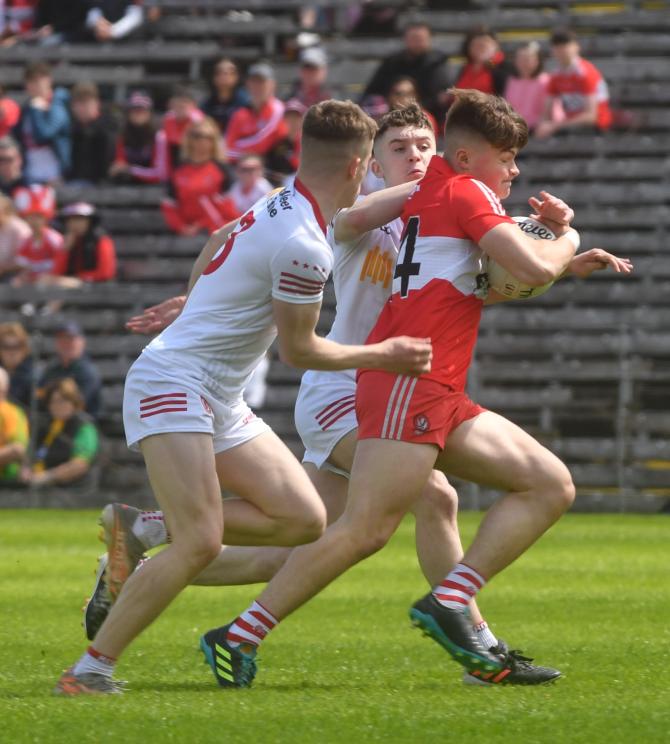 Derry progress to last four while Tyrone, their conquerors in the Ulster final, bow out.

DERRY Minor footballers will play either Dublin or Galway in the Electric Ireland All Ireland MFC semi-final at the end of this month following their comprehensive defeat of Cork at Portlaoise on Saturday.

The young Oak Leafs led from start to finish against the Munster champions and went on to win by double scores, 0-12 to 0-06.

It was the perfect response from Martin Boyle's charges to their disappointing Ulster final defeat to Tyrone at Clones, a day when they conceded four goals.

There was to be no repeat of those defensive frailties at O'Moore Park where Derry restricted their opponents to just four points from play over the hour.

Ciaran Chambers led the way for the winners with four points, two frees, but this victory owed everything to a solid team display from a resurgent Derry.

They will now watch with great interest Sunday's meeting of the Dubs and Galway knowing that they will play the winners on the last weekend in June.

Playing before Derry, the Red Hands went down to Kerry, ending their All Ireland title aspirations.