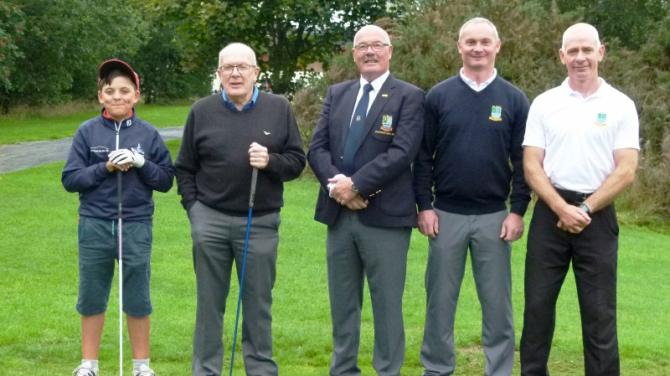 Spokesperson Ken Lee said: “The Head Greenkeeper and his staff have had the course at Allen Park in great condition thoughout the year and President’s Day was no exception.

“We were also blessed with a decent day weather-wise and despite the threat of possible rain showers the competition was able to be completed without the need of resorting to umbrellas or wet gear.

“Once again our thanks are also due to the Mann's at Allen Park Restaurant who catered for the event thoughout the day.

“There were breakfasts in the morning, pre-round coffee and sandwiches for the guests, burgers for the players at the 10th tee box and also an excellent buffet at the evening prize presentation held in the Allen Park restaurant.”

The competition was won by Raymond Marks who scored an excellent 46 points, with Gary Vance runner-up on 40 points and Stephen Bateson in third place, also with 40 points.

There was a good attendance of members and guests at the evening prize presentation.

Jim thanked all his guests for attending the event and especially his wife Maureen.

He also thanked all the members of Antrim Golf Club for their support during his two-year tenure as President and for helping him raise nearly £5,000 for his designated charity, The Friends of Cancer, a figure he hopes to surpass before his tenure is over.

Ken added: “This was a superb effort by Jim and he was rewarded with a resounding ovation by those present.