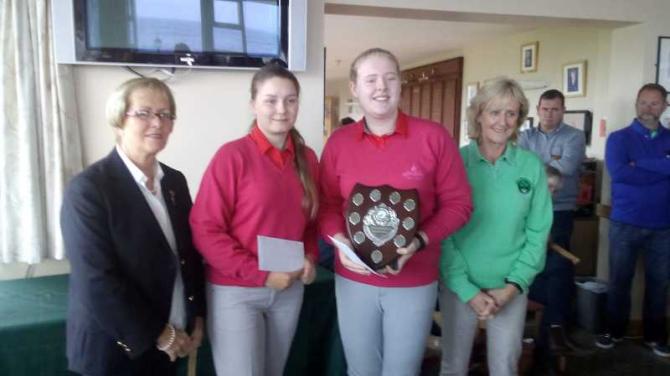 WITH the good weather of the summer continuing, Massereene Golf Club had a great turnout for its two Open competions.

The first was sponsored by McKeever Hotels.

The overall winners of this Scramble was Carol Cummings, Frankie Morgan and Marie Agnew.

The second open competition was sponsored by S & L Furniture and was won by Heather Allison with 36 points.

The summer months were very busy and below are the winners of all the other competitions held.

The PGA tankard was won by S Murray with 43 points.

The club’s representatives at the Nellie Garrett competition were Lady President, Vera Saunders and Carol Cunningham who won the qualifying with a score of 37 points.

The club competion was for the Professionals prize was won by R Black who was three up on the day.

Following on from Lady President’s day was the competion for the Merrylee Salver and this was won by Christine McIlroy with a net score of 69.

The ladies Senior Foursomes and Minor cup teams got to the semi finals of their leagues but despite providing magnificent golf, were beaten by the eventual winners in each section - Malone.