Massereene GC senior foursomes make it through to All Ireland finals 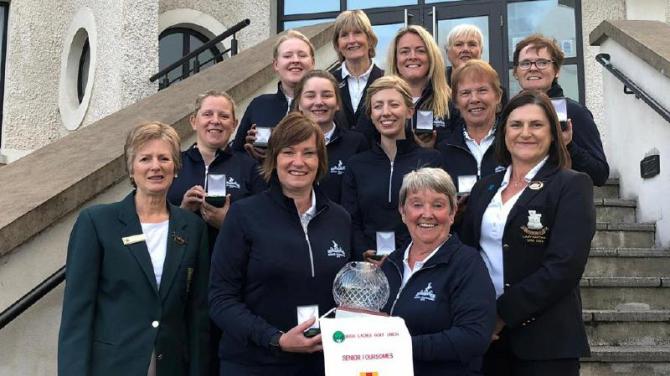 MASSEREENE foursomes have proved they can tee off against the best as they secured a place in the national finals later this month.

The squad triumphed at the semi-final stage against Royal Belfast at Roe Park to move on to the finals at Ballycastle Golf Club against Portrush.

A spokesperson for the proud home club said: “In the semi finals, the team had a great win with first and second matches, winning their matches, calling in the third match.

“The final was a very exciting match with the team defeating Portrush 2-1.”

The National (All Ireland) Finals will be heald at Knightsbrook Golf Club.

The final in scheduled for Friday, September 27.