Why players are still having a ball at Massereene - the top class course that has created champions! 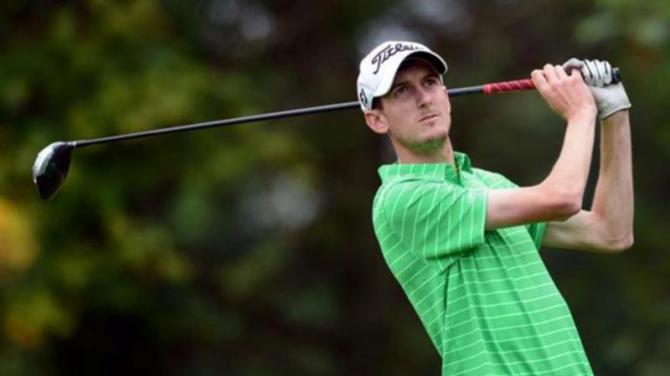 In 2019, Massereene together with Galgorm Castle Golf Club, co-hosted the ISPS Handa World Invitational Tournament, involving both men and women, regular players on both the European Challenge Tour and the Ladies European Tour.

This is a first of its kind in Europe for the total prize fund of $500,000 which was shared equally between the men and women.

Members and visitors were able to witness some of the best players from the men’s and women’s games among them Catriona Matthews, who within a few weeks was later to enjoy a fantastic win as the 2019 Solheim Cup Captain at Gleneagles.

The Women’s event was won by Stephanie Meadow, who just pipped Charley Hull.

The men’s event was won by Jack Senior.

Massereene and Galgorm have agreed to a three-year involvement with the ISPS Handa World Invitational.

COVID-19 has forced the cancellation of the event in 2020 but it is expected that this tournament will take place next year when it is planned to have full European Tour status. One to look forward to.

Massereene also takes part in a large range of annual team competitions organised by the Golfing Union of Ireland and the Irish Ladies’ Golf Union.

There are frankly too many to itemise here in the space available!

Winning at Ulster level is the pre-requisite for teams to progress to compete in All-Ireland finals.

There have been a number of good performances at Ulster and Northern Regional levels but ultimate success on the All-Ireland scene remains illusive with one exception.

The Massereene Ladies’ Section has to be congratulated on becoming the All-Ireland champions in the Ulster Bank Fourball Tournament in 2001, an event in which they were runners-up the following year.

The ladies’ Senior Foursomes team was All-Ireland runners-up in 2019.

In the men’s section, a strong Senior Cup squad, some of whom had come up through the junior ranks of the Club, won the Ulster region of the GUI Senior Cup and progressed to the All-Ireland finals for the first time in Massereene's history.

However, at the semi-final stage at Westport the opponents from Carton House were just too good.

Individual performances of some members are worthy of special mention.

Pride of place must go to Tiernan McLarnon whose achievements continue to impress.

In 2013 he was winner of the Irish Youths Amateur Championship at Claremorris.

In 2015 Tiernan was selected to the Irish Senior panel and in 2016 he represented Ireland at the South American Amateur Championship in Peru.

That same year he was finalist in the North of Ireland Amateur Championship at Royal Portrush.

In 2017 he represented Ulster in Interpro matches and in 2018 he was winner of the Mullingar Scratch Trophy after a ‘blistering finish’. He joined a list of illustrious previous winners including Rory McIlroy, Darren Clarke, Sean Lowry and Paul McGinley. Esteemed company indeed!

Other members have also excelled down the years.

In 1995 and 2000 Sam McBurney added to his many Irish Seniors trophies.

In 2004 Trevor Coulter captured the North of Ireland Amateur title at Royal Portrush after participating for many years.

Representative honours went to Caroline Smyth in 1996/97 when she took part in the Irish Junior International. In 2009 Jonathan Connolly joined that elite list too, playing for Ulster and Ireland.

Massereene boasts a thriving junior section for both boys and girls too.

In the Junior girls’ section in 2019, Gemma McMeekin at the age of just 10 was British champion in the ‘Wee Wonders’ tournament and is a great prospect for the future.

The boys have also had considerable success. The Club will watch their progress with great interest.

Due to the restrictions placed on Massereene by COVID-19, celebrations of the 125 year milestone have had to be curtailed until the pandemic has passed.

However they will be holding a number of Open and Club competitions during the first week in September.

Members will also play for the Centenary Trophies with the Ladies competing on Friday and a full timesheet for the Gents Centenary Trophy on Saturday.

It is hoped that a social celebration can be held later when the circumstances allow a larger gathering.

Massereene Club has grown considerably in its first 125 years. Here’s to many more for one of the province’s very finest golf courses!