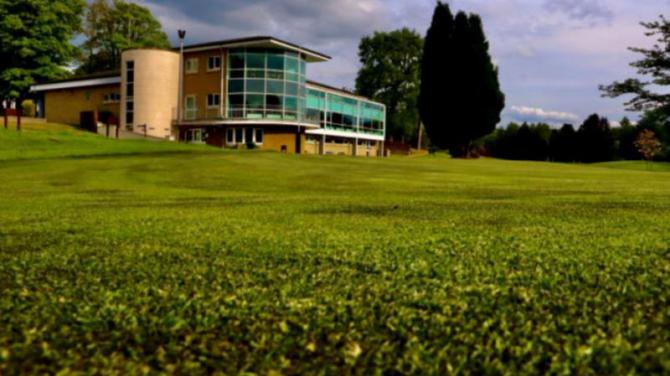 BY any standard 2020 was a very different year.

For many families it will be remembered for furlough, home schooling and long spells without any sport.

But that did not mean that the dedicated teams of volunteers simply walked away and waited for the pandemic to pass. Quite the contrary, in fact!

When lockdown came in March the members of Massereene Golf Club got stuck into catching up with course work which had been building up over the years.

Players making the most of a festive round this week may have noticed that trees have been removed from the fifth fairway.

The sixth also had towering leylandiis removed to improve airflow and light.

Other works were also carried out to improve the appearance of the course and clubhouse, with the main tasks being the renovation of the flowerbed in front of the pro’s shop and the creation of a flowering bank at the rear of the 16th green

The flower bank was assisted by sponsorship from Antrim Construction Company’s Philip McMullen and Dial a Digger’s Rodney Milligan.

Bobby also had a hand in the rockery as it was refurbished rockery following sponsorship from the local man!

Work on the course also involved the replacement of most of the course signage which was kindly sponsored by Antrim Construction Company.

Some of the changes, though important, were not so obvious.

Some of the drains, for example, had to be cleared of mountains of debris.

And with some mature trees removed, there was then the massive task of digging out the roots!

Once that was finally achieved, trees large and small were planted to replace them.

Green Convenor Brian Reid revealed this week that the hard graft has paid off.

“The course is holding up extremely well despite the prolonged wet spell and this has been helped in no small measure by the sterling work carried out by the 20 or so members who so kindly gave up their time,” he said.

“I would also like to take this opportunity to wish all our members a happy Christmas and a safe and prosperous New Year.”