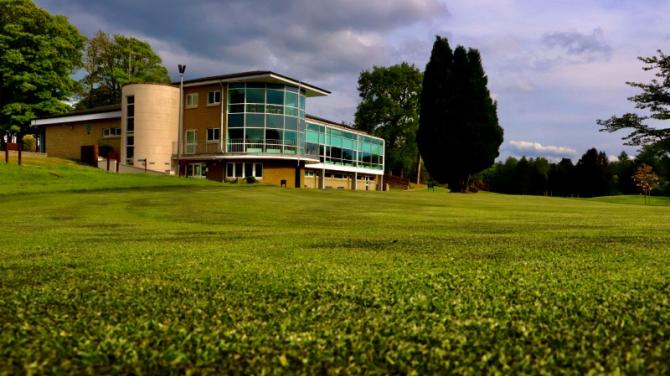 MASSEREENE Golf Club will be one of the host venues for this year’s ISPS HANDA World Invitational presented by Modest! Golf.

And the historic Antrim venue has had a number of course improvements during lockdown as they prepare to host men and women professionals in July.

Massereene marked its 125th anniversary last August and the Fred Hawtree designed parkland puts a premium on accuracy – with tree-lined fairways and excellent green complexes – and is one of the oldest venues in Northern Ireland.

The members’ club overlooking Lough Neagh was part of the first ISPS HANDA World Invitational in 2019 as one of the venues along with Galgorm Castle.

The popular ISPS HANDA World Invitational Pro-am will be played on July 28 before the tournament gets underway from July 29 to August 1.

As attentions turn to this year’s event, staff and volunteers at Massereene have been busy carrying out course improvements that will enhance the player experience and provide an even sterner test for the pros.

“Over the past year the greenkeeping staff headed up by Mark Cassidy and a large group of club volunteers under the watchful eye of Greens Convenor Brian Reid carried out some major on-course improvements at Massereene,” said World Invitational tournament director Andrew Snoddy.

“There are 11 new tee boxes, adding just over 200 yards to the traditional layout.”

The tournament course will play just over 6,800 yards and par will be reduced to 70 from the traditional Par 72 for men.

“The closing stretch at Massereene also presents a strong finish; the 16th is a 544-yard Par 5 with water left and right from the tee shot.

“The 17th is a 476-yard Par four that plays through a lovely area of woodland.

“The added yardage means the brave players who choose driver off the tee can be rewarded, while the 501-yard Par 4 18th generally plays into the prevailing wind.

“Anyone under par for the final three holes will make ground on the field.”

Further development work on the course included a major woodland management project to help air movement around the course and let in more sunlight to shaded areas.

The improvements will help turfgrass quality throughout the playing season and for the ISPS HANDA World Invitational.

Tournament officials like Snoddy praised the efforts by Massereene and their team of volunteers.

“On behalf of the European Tour, I would personally like to thank the staff and everyone who gave up their free time to volunteer at Massereene Golf Club over the past 12 months,” he said.

“The excellent course improvements will benefit the tournament and will also extend the playing season for members and visitors too.

“We look forward to working closely with the club in the coming months to make the tournament a success and showcase Massereene Golf Club on a world stage.”

In two separate events for men and women but played on the same courses at the same time, players will compete at Massereene and Galgorm over the first two days (alternating courses) before the halfway cut.

All male and all female groups will alternate tee times at both venues in two separate 72-hole strokeplay events.

The final two rounds will be played at Galgorm with a second cut made after the third round.

“Massereene is a great venue that plays an integral part of staging the ISPS HANDA World Invitational.

“In 2019, the players enjoyed competing at one of Northern Ireland’s well-known parklands.

“Everyone at Massereene should be commended for the time and investment made to enhance the course that will undoubtedly prove an even greater test for players in July.”

It has been a huge team effort by all involved at Massereene and everyone is looking forward to playing their part in one of professional golf’s most exciting and innovative tournaments.

“We are extremely excited and looking forward to co-hosting the men and women professionals alongside Galgorm for this fantastic tournament,” said Massereene Club Captain John Tipping.

The ISPS HANDA World Invitational is a tri-sanctioned event between the European Tour, LPGA Tour and the Ladies European Tour (LET) and is a first of its kind event in the northern hemisphere where men and women professionals compete for the same prize money in the $2.35 million event while competing at the same venues at the same time.

Live coverage of the ISPS HANDA World Invitational will be broadcast on Sky Sports in the UK and Ireland and tickets will go on sale in the coming weeks.

To register and be the first to hear when tickets go on sale, please visit https://www.worldinvitational.golf/tickets/