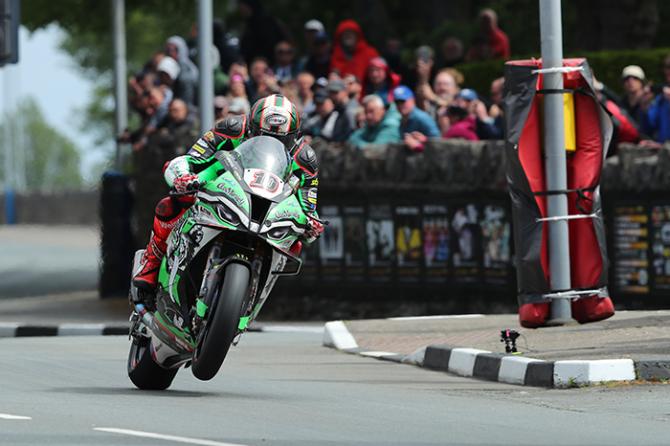 Peter Hickman became just the fourth rider to win four races in a week at the Isle of Man TT Races fuelled by Monster Energy, when he took victory in Saturday’s Milwaukee Senior TT Race.

It was Hickman’s second Senior TT win and ninth in total.

The Gas Monkey Garage by FHO Racing rider led from start to finish with his eventual winning margin of 16.918s over Dean Harrison (DAO Racing Kawasaki).

Dunlop and Hillier completed the top six with Hutchinson, Coward, McGuinness and Nathan Harrison completing the top ten, the latter having another brilliant ride with a final lap of 128.087mph.

Meanwhile, having previously been a top ten contender, Dominic Herbertson unfortunately came off at Glen Helen.

The result means Hickman won the Joey Dunlop TT Championship with 111 points, 22 ahead of Harrison (89) and Dunlop (88). In the race for the TT Privateers Championship, it was Coward who prevailed with a maximum 125 points with Kawasaki claiming the TT Manufacturers Trophy and DAO Racing Kawasaki taking the Team Award.

Review of Isle of Man TT Races in Tuesday's Chronicle.