Charles Leclerc in pole position for the Azerbaijan Grand Prix

The home of the Street Fighters is set to stage another action-packed race in Baku! 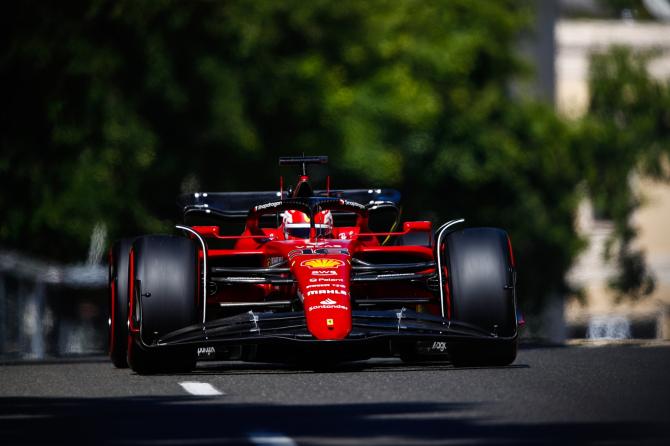 The time for waiting is over as the Formula One Azerbaijan Grand Prix returns to the Baku City Circuit, with the world’s greatest racing drivers set to battle it out on the high-speed street circuit that has delivered some of the most memorable F1 races in recent years.

Lights Out will be at 3pm local time and after yesterday’s thrilling Qualifying session, Ferrari’s Charles Leclerc will be feeling confident he can secure his first victory in the Azerbaijani capital.

A slightly delayed Qualifying session – due to an earlier incident in the F2 sprint race – saw the drivers compete in earnest for the first time this weekend as they pushed each other to the limit in search of an all-important position high up the grid, so crucial for a street race.

Q1 saw the first red flag of the weekend as Lance Stroll crashed his Aston Martin at the notoriously difficult Turn 2. The rest of the field continued to vie for pole position throughout the following two sessions until a masterful drive by Ferrari’s Charles Leclerc saw him claim top spot ahead of his Red Bull rivals, Sergio Perez and Max Verstappen, who finished in second and third place respectively.

The stage is now set for another incredible Grand Prix in Baku. Will Charles Leclerc hold on to become the sixth different winner in six years here or will Sergio Perez continue his recent form to become the first multiple - and back-to-back – winner in Azerbaijan? No doubt, his teammate Max Verstappen will have a say also!

When it comes to the Formula 1 Azerbaijan Grand Prix, everybody knows to always expect the unexpected!

Charles Leclerc – “It feels good, this one. Obviously, all pole positions feels good, but this one I probably did not expect it, because I thought Red Bull were stronger, especially in Q1 and Q2, I really struggled to see that we were faster, but then in the last lap, everything came together and I managed to do a good lap, so extremely happy…”

Sergio Perez – “I am still on the front row and it is a long race ahead where anything can happen, especially here. We have both cars in between the Ferraris which is a good thing. Tomorrow we are going to work as a Team to try and get Ferrari and it would be ideal to get a one-two – we are going to push them hard.”

Max Verstappen – “Past races in Baku have shown that a lot of things can happen, we just need to stay calm and focus on having a good race tomorrow.”

The Formula 2 series will also again be supporting the Formula 1 action with the feature race taking place this morning. Following yesterday’s dramatic sprint race, which saw Frederik Vesti clinch a sensational win ahead of Jehan Daruvala, fans are surely in for another high-octane outing of F1’s feeder series.