Is stylish five-door the hatchback benchmark? 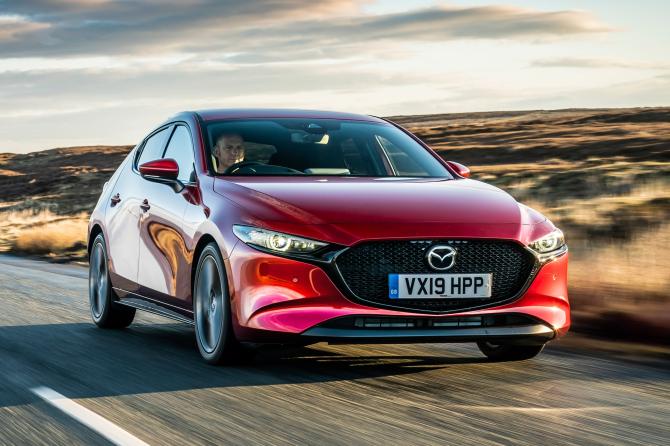 Mazda 3 is good looking and fun to drive.

THE world and his wife may be going Sports Utility Vehicle crazy right now but Mazda is one company that has not forgotten its hatchback roots. They still account for a fair chunk of sales, with the outgoing 3 finding favour with 6 million buyers around the world before production  wound up last year.

Driven here for the first time on UK roads is the all-new 3. This lighter, slinkier and hugely advanced five-door has been heavily inspired by the 2017 Kai concept. With its cutting edge technology, the Japanese firm says that this car embodies its latest engineering, styling and manufacturing capabilities.

Right at the heart of the fourth-generation 3 is 'Kodo'. In plain English, that is the design philosophy you see in every shape and curve. Those with a keen eye for detail will note the absence of what has been described as “unnecessary character lines”.
Apart from crisp creases near the bonnet's edges and above the door sills, the panels are smooth and simple so that its beauty is accentuated by natural light.

There is no denying that this hatchback is blessed with catwalk looks and a shape that is closely fashioned on a coupé. The front has a remarkably low nose that races to meet the steeply raked windscreen. From here, the comb-back roofline merges seamlessly with that curvaceous rump. As satisfying are the piercing headlamps and the roundel-shaped tail-lamps - elements first previewed on the Kai.

One element that we are not sold on is the lower half of the front bumper. To us, it bears too close a resemblance to the drooping mouth of SpongeBob SquarePants character, Squidward Tentacles. The C-Pillar is obscenely thick as well which, in turn, severely hampers what you can see over either shoulder.

To do the 3 justice it is advisable to begin your search at mid-spec level. ‘Sport Lux’ models have 18-inch alloys as opposed to the 16s found on ‘SE-L’ and ‘SE-L Lux’, privacy glass and sophisticated daytime running lights.

You will find the Kodo influence at play on an equally grand scale on the inside. Mazda has form when it comes to cabin packaging – and that continues here. What is sure to stand out most for buyers is the near 9-inch High Definition screen. There is a real sense of Apple iPhone to both its appearance and function. For safety reasons, you can only control this via a large ‘Commander’ dial located on the lower console.

Research by Mazda has found that a touchscreen can lead to force being applied through the steering wheel unintentionally as a driver reaches over to prod it. And when your eyes are glued to the display they are not on the road ahead which is why every single 3 comes with a vivid 'Active Driving Display.'

The Ford Focus, Volkswagen Golf and reinvented Toyota Corolla are not the only cars Mazda has in its sights, though. It craves a slice of the premium hatch segment and our ‘GT Sport’ example suggests it could very well steal sales from BMW and Mercedes. Intricate stitching on the doors, a frameless rear view mirror and a Bose stereo system are things that would not look out of place in either a 1 Series or an A-Class.

Buttons and switchgear on the dash are kept to a minimum for a fuss-free look. In-between the climate control knobs is a small row of individual buttons to control fan speed and ventilation settings.

Mazda claims to have pushed the boat out on the standard equipment front, too. Offered right across the board are LED headlights, Traffic Sign Recognition, satellite navigation and smartphone connectivity. There is also a 7-inch TFT screen nestled in the centre of the instrument binnacle that is changeable one of four ways.

Mazda makes less of a song and dance about passenger space for the simple reason there is not enough of it, especially for those cooped up in the back. That chunky C-Pillar denies the rear of much-needed light leading to an airtight feeling. Leg and knee room are fine but three adults perched across the bench are going to rub shoulders throughout their journey as door-to-door dimensions are snug.

Boot space, surprisingly, is smaller than the previous model at 358-litres. A Focus can cram in 375-litres and a Golf 380-litres. But Skoda’s upcoming Scala dwarfs all of them, weighing in with 467-litres.

Until the Saloon arrives towards the end of the year, the 3 is available only as a hatch. Around the same time it will be joined by a ground-breaking ‘Skyactiv-X’ petrol that promises 30 per cent better fuel returns. For now, a naturally aspirated petrol and a turbo diesel with a 6-speed manual or 6-speed automatic is your lot.

We drove the 1.8-litre ‘Skyactiv-D’ oil-burner and have to admit it felt sluggish and strained. Maximum torque is quoted at 2,600rpm and by this stage you sense the motor has had its chips. This is brought sharply into focus when you commit to an opportune overtake. You do make progress, but there is never a sense of any real urgency about how it goes about the task in hand. And despite boasting a larger displacement, the picture is even less appealing if you are in the slow-to-get-going 2.0-litre petrol.

As a consolation, the 6-speed manual transmission has a precise, well-oiled mechanism to it and the pedals are nice and light. The company’s MX-5 sports car know-how is evidently at play here. From behind the controls the 3 is every bit the driver’s car and runs the Focus a very close second. Electrically-assisted, the steering loads up with feel through bends and the front possesses a delightful balance as you plot a path through each corner. On top of that, longitudinal roll is well marshalled.

From a dynamic perspective the springs are sound but are less convincing on the damping front. Down a smooth road the cabin is a serene and relaxing place to be in. On tardy surfaces the ride is too firm and coarse, though, with this felt through the front seats, the pedals and the steering wheel. The reason? Mazda’s decision to opt for a torsion beam rear suspension set-up rather than the costlier, more complex multi-link arrangement that you will find elsewhere appears to be writ large.

The other, more obvious, answer is the 18-inch wheels. Roar is the trade-off for a thinner sidewall and this tiresome drone quickly permeates the cabin despite the use of thicker sound deadening materials. 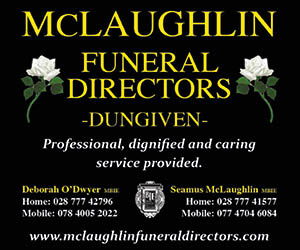