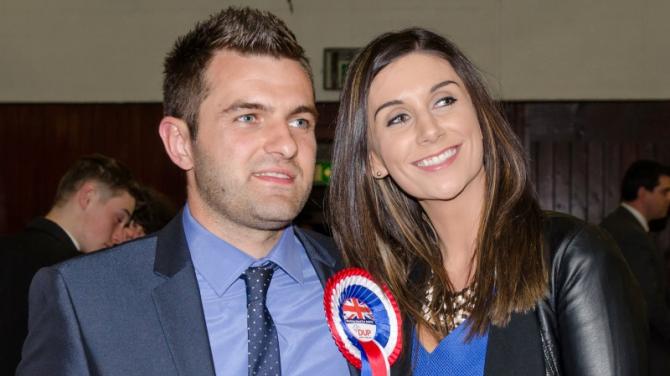 A MAN once touted as one of the DUP’s rising stars has blamed the collapse of his marriage for his decision to walk away from politics.

Nigel Kells became the first councillor in Northern Ireland to be elected on to the new super councils back in 2014 - but just four years on, his career is on the rocks.

Speaking to the Antrim Guardian this week, he has confirmed that his signed resignation is now with council chiefs and will come into force on September 30.

He has also revealed that the decision was driven by the break-up of his marriage and his decision to get engaged to his partner during a holiday in the Dominican Republic earlier this month.

It is time, he said, to get his life in order - and that means walking away from politics.

“It’s no secret that there have been huge changes to my private life since 2014,” he said.

“Obviously a lot has been going on in the background over the past while. I want to focus on my personal life - to rebuild after what happened.

“I never expected this. I came into politics with good intentions and then my life took an unexpected change.

“Separation is never easy, especially when you have young children. I need to get my life back together.

“Now I find myself in a position where I feel I can’t devote my energies completely to the job, so it’s time to go. It’s the decent thing to do.”

But not everyone on the DUP council group will be sorry to see him go.

“Nigel hasn’t been doing the job,” said one.

“He was once seen as one of the golden boys, but that reputation has been tarnished.

Mr Kells has not ruled out a return to front line politics, however.

For now he is on his way out, but the DUP may still be making plans for Nigel.

*See full reports on the political bombshell on page three.