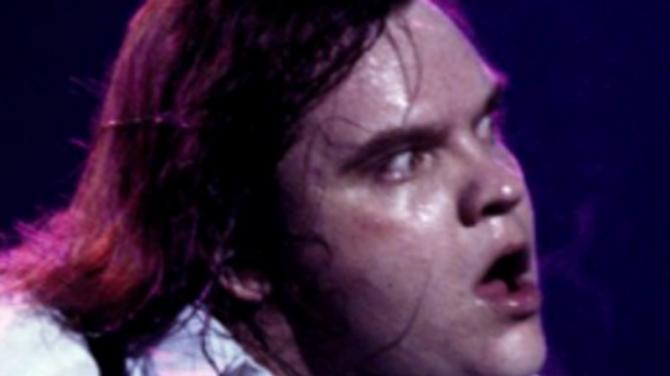 In the 1970s music fans still had the trusty home grown showbands - but it was the no-show bands they were more interested in.

Alas, the industry had turned its back on them. Understandably perplexed by the carnage being broadcast from the battle-scarred streets of Belfast, most acts stayed away in their droves.

And who can blame them? Even punk hard men The Clash backed out of a gig in the city, claiming they had received ‘threats’. Very rock and roll.

It’s all very different today, of course. Now everyone from Michael Bublé to Andrea Bocelli regularly cross the Irish Sea.

Perfectly located beside the airport, the stars could jet in, entertain the fans, pick up the cheque and be back on the plane within a few hours.

Their first big foray into the world of show business came in April 1980 when Thin Lizzy, led by Phil Lynott, signed on the dotted line. They were joined on stage by a talented young Scotsman called Midge Ure who had just completed work on ‘Vienna’ which would go on to be a world smash the following year.

It would be fair to say that Antrim had never seen anything quite like it before. This was not four guys and their guitars - it was two 40-tonne trucks carrying £500,000 worth of equipment back at a time when that was still considered a hefty sum and not the price of a couple of decent Bublé tickets!

The band arrived in two chauffeur-driven cars and were given a guided tour of the Forum by manager Alan Moneypenny.

Indeed it was. Just a few hours later the band stormed on to the stage to three smoke explosions to ask over 2,000 chanting fans ‘Are you ready?’

The Antrim Guardian was there too - and the reviewer was clearly impressed.

‘Thin Lizzy controlled their audience from the moment they hit the opening number,’ your trusted weekly reported.

‘From ‘Rosalie’ and on to ‘Waiting for an Alibi’ Lynott and Gorman - the showmen of the band - strutted menacingly across the specially built stage. Lynott, at times fist clenched to the crowd, used his guitar like a machine gun, pointing it across the audience and catching the spotlight on its silver frame.

‘It was a stunning performance’.

At one point the band jumped in unison on to four amplifiers and shouted: “Is it okay Antrim.”

‘The audience? They swayed, jumped, screamed and chanted - hands in the air.

‘Once Lynott moved towards the edge of the platform and as the security men rushed to hold the crowd back, a few were lucky enough to grab his foot as the band launched into another track from their new LP’.

After the inevitable encore of ‘Whiskey in the Jar’ the boys prepared to head back out of town - but not before the Antrim Guardian cornered the band for an aftershow interview.

“It’s great being back in Ireland. Every time we have been here we have had no problems so I don’t see why more bands won’t come over,” said frontman Phil.

“It’s a good venue. It makes a change and I guess it allows more people to come along. Not every town has a place that can hold a few thousand.”

Band mate Scott Gorman reckoned it was a night to remember.

“It was great,” he said. “Antrim has been one of our best concerts.”

And the council? Mr Moneypenny was seeing pound signs.

“It has gone well. It was a new venture for us and obviously we will be taking a close look at how it all went,” he said.

And it seemed it went rather well. The shows must go on - and in April 1982 they landed a big one.

Rick Parfitt and Francis Rossi, aka Status Quo, were celebrating 20 years in the music business and decided to play their first ever show in Northern Ireland. At the Antrim Forum.

Once again the Antrim Guardian was in the front row.

‘The Quo army turned up in force to see their heroes on their only stop in the province during their current tour.

‘The only athletics evident in the Forum were the kind inspired by high-energy rock and roll as the Quo delivered a set comprising mainly of old favourites lifted from their double live album and a good selection of their hit singles’.

The capacity crowd of 2,500 adoring fans, many in the ‘over 30’ age group, weren’t complaining. The band went on to play no few than three encores before taking the final applause from the ‘ecstatic’ fans.

‘Twenty years on, Status Quo proved they can still rock as hard as ever,’ concluded the Guardian scribe.

The key to their success was giving the fans exactly what they wanted. But what happens when a band forget that simple principle?

Fast forward to May 11 1988 when another gig at the Forum ended with a monumental gaffe which sent jaws dropping and fists flying.

The council had some reservations about accepting a booking for US thrash band Megadeth, with some reps voicing disquiet about ‘connotations of devil worship and satanism’.

“We have had many heavy metal concerts in the past and they have been hugely popular with young people. We have never had any trouble whatsoever.

“We had ‘Dio’ with us a couple of years ago and it was a sell-out. The young people were well-behaved and the police will confirm that.”

Former Metallica guitarist Dave Mustaine led the group on to the stage that night in front of an unruly crowd of fans. It was only their second time in Ireland so he decided to get the mob on-side with some tailor-made banter.

As the fans bayed for more, and with the band striking up the distinctive opening chords of the Sex Pistols’ ‘Anarchy in the UK’, Mustaine felt the time had come for his considered opinion on the Northern Ireland Troubles.

Within moments the sea of studded leather turned ugly and rioting erupted in the main hall. Megadeth soon had to beat a hasty retreat, and were sped out of Antrim in a bullet-proof bus.

“So I say ‘What’s the cause?’ This is how he explained it: he said the cause is about prejudiced religion. The Catholics and Protestants are fighting and one religion thinks it’s better than the other religion. And I went ‘Well, that’s f**king stupid’.

“By then we’d had some pot and vodka and I went up onstage and we played Anarchy in the UK. I woke up the next day in Dublin and no-one would talk to me.”

The Antrim Guardian revisited this sorry tale back in 2016 - and Dave Mustaine was bombarded with messages on social media.

But that explosive night at the Forum did have an up side. Years later, a more sober and reflected Mustaine penned two songs about foreigners expressing opinions about issues they know little about...

“Thanks to the good people in Antrim we have the songs ‘Holy Wars’ and ‘Promises’,” he said.

Meatloaf played the Forum too during this period, though staff later recalled that he was a rather ‘gruff character’ who was rather too fond of spitting on the polished floors!

In the early 1990s the Forum continued to act as an entertainment venue - and they did not shy away from controversy.

There was some memorably off-colour humour courtesy of ‘blue’ comic Roy ‘Chubby’ Brown - and male strippers The Chippendales bared all for an exclusively female audience.

But its days were numbered. When the guns finally fell silent the big names flocked back to Belfast.

For a few short years through the darkest days the stars had continued to shine - thanks to an enterprising leisure centre in Antrim.