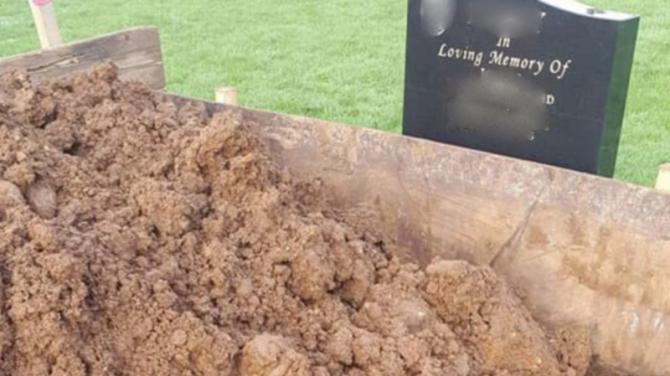 A WOMAN whose father's grave was covered in soil to accommodate a burial in an adjacent plot said that she is not satisfied with an apology from Antrim and Newtownabbey Borough Council and has called for a policy change.

Members of the man’s family were left ‘upset and horrified’ last week when they visited his memorial to find that floral tributes had been moved and boards and soil displaced from another grave being dug had been put on top.

The woman, who did not wish to be named, said that her sister had rung her in tears from Six Mile Cemetery in Antrim.

“I think it’s disgraceful,” she said.

“We have paid for that plot and we have spent a lot of time and money getting it to look the way we want it.

“My mother and father were married for over 60 years and I am only glad it wasn't my Mum who was up there and that she didn't have to see it.