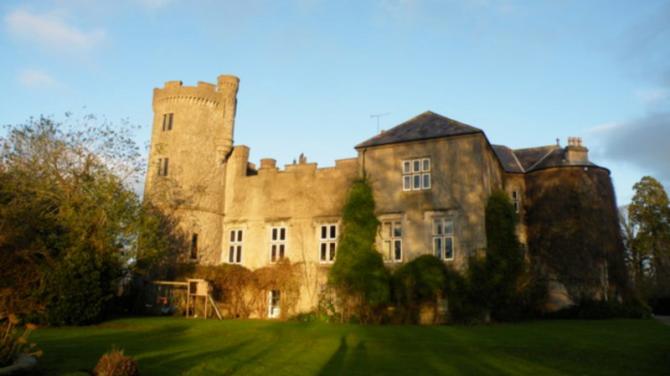 HISTORY has been rather kind to the Poor Fellow-Soldiers of Christ and of the Temple of Solomon.

‘Who?’ you might ask. Well, quite - branding, initially, was not their strong point.

Tweak the name to altogether more portentious Knights Templar, throw in a white cape emblazoned with a red cross and you have the makings of one of the most feared forces in all of Christendom.

The Catholic military order was founded in 1119 and within two decades it was recognised by the Pope - and it is not difficult to see why.

With the Bible in one hand and a sword in the other, they were useful friends to have as western pilgrims began to visit the Holy Land.

French knight Hugues de Payens approached King Baldwin II of Jerusalem and Warmund, Patriarch of Jerusalem, and proposed creating a ‘monastic order’ for the protection of these pilgrims.

The King readily agreed and granted the Templars a headquarters in a wing of the royal palace on the Temple Mount in the captured Al-Aqsa Mosque. The Temple Mount had a mystique because it was above what was believed to be the ruins of the Temple of Solomon - hence the name.

And their selfless benevolence proved to be rather profitable. Soon they were receiving money, land, businesses, and noble-born sons from families who were eager to help with the righteous fight. God’s army had become soldiers of fortune.

With their improved circumstances their influence quickly grew.

The Templars were often the advance shock troops in key battles of the Crusades, as the heavily armoured knights on their warhorses would set out to charge at the enemy, ahead of the main army bodies, in an attempt to break opposition lines.

One of their most famous victories was in 1177 during the Battle of Montgisard, where some 500 Templar knights helped several thousand infantry to defeat Saladin’s army of more than 26,000 soldiers.

But their power created enemies too - and by the early 14th century, with the Holy Land lost, some believed it was time to put the Templars out to pasture.

Salacious rumours about the Knights’ secret initiation ceremony fuelled distrust, and King Philip IV of France – deeply in debt to the order – took advantage of this to destroy them and erase his debt.

In 1307, he had many of the order’s members arrested, tortured and burned at the stake. Pope Clement V formally disbanded the order in 1312 under pressure from King Philip.

The Knights were no more, but their legend continues to resonate. What became of those fighting men - and what happened to their gold?

This week the Antrim Guardian looks back at the local links, and there are many.

Castle Upton in Templepatrick was built on a Monastic site. Before construction began the site was covered in ‘raths’, enclosures and a mixture of other buildings.

A holy well had been recorded too and it is regarded a national monument potentially associated with a medieval church and graveyard. But what kind of medieval church or complex?

The OS survey memoirs in the 1830s may offer some clues.

‘Some of the old inhabitants assert that they remember the foundations and fragments of the walls of the ancient church or temple which was erected here by the Templars, or more probably by the Knights of St John, in the 14th century and dedicated by them to St Patrick.

‘The temple is said to have stood near the holy well at the centre of the village.

‘At the eastern end of the village is a very old burial ground, which within the memory of some old people contained the foundations of a church, said also to be of the Knights of St John.’

This site is not mentioned in the Papal and Diocesan taxation previous to the plantation period and after 1306.

This was because it was exempt for Papal power as it was part of the Hospitallers (Order of St John of Jerusalem).

Of course there is another glaring clue in the name. When a town or area has ‘Temple’ prefixed in front of its name if most often in relation to a military order of Monks which was set up in that town. The Knights of St John were set up in 1099 and are still an active order today.

Named after John the Baptist they were to provide care for the sick, poor or injured pilgrims. They are no longer active in Templepatrick, any remnants disappearing in the late 1800s.

Back in 1878 O’Laverty recorded that the church at Templepatrick ‘stood in the graveyard but not a trace of it now remains’.

‘It belonged to the Order of St John of Jerusalem (otherwise known as the Hospitallers) and was therefore exempt.’

During the reformation the Knights were suppressed across Europe however in Ireland this did not happen until Sir Arthur Chichester made it his aim to push his influence across to Antrim in the early 1600s.

In the mid 1500s there was two missions led by the English of Pale to throw out the Scottish Plantations into the north of Ulster (The third plantation being the joint ‘Plantation of Ulster’).

These two missions failed miserably being pushed back with their tails between their legs. What they encountered was the fighting Scots led by warrior Monks.

When Chichester advanced he had to break the power of the church. Muckamore was the main monastic complex in the area, subjecting the whole area forming an area similar to the Pale around Dublin.

This site became very rich, branching out and establishing the Monastery in Antrim town. Today this is under the car park of the Antrim Forum, though it is very clearly pointed out in the Ordnance surveys.

A letter from Sir Arthur Chichester to Dublin state that he killed all the nine warrior Monks in Antrim. Chichester left no one alive in the whole complex.

In recent years when the new road through Antrim was being built work had to be halted - the monks had been discovered, rather well preserved and still wearing their robes.

It must have been a spectacle when the bodies were lined up beside Antrim High School that day. The remains were late taken away by Queens University for study in their School of Archeology.

Back to Templepatrick, it was probably established long before the formation of the Templars or Hospitallers as an old Catholic Church complex.

When the Normans came into Ulster in the late 1100s they were partially successful but in the end pulling back, establishing Carrickfergus and building the castle there.

The Church was then also similarly invaded.

The Templers came as the Priests of the newly aligned Irish and English Catholic church. The village was then changed establishing the new Templepatrick.

These new priests did not have the opposition directed towards the Normans.

As before, they came to Ulster with a Cross in one hand and a sword in the other. This created a religious area in Ulster, controlled by the clans but under the control of the church.

It is no secrete that some of these Clan leaders went off on Crusades recruited by these Templers in charge of their most secret sites.

1312 saw the banishment of the Templar order at the Council of Vienna. The Church complex in Templepatrick was at this time exempt from taxes and under the Order of Hospitallers, meaning it was not subject to Papal taxes.

From 1302 to 1306 it is clear that Templepatrick was under Norman subjection. It was not known as Templepatrick in the Papal tax but as the area belonging to a Norman called Hugh de Logan called ‘vill of Hugh de Logan’. Hugh probably then dedicated his lands to the patron saint Patrick and so his Church became Temple Patrick.

From 1306 to 1600 the riches poured in, Hospitaller Templar castles were erected in Killinchy called ‘Old Jerusalem’ and such like.

Other sites like Templepartick and Mallusk in 1607 were still receiving disproportionate amounts of taxes, which went straight into the Knights Hospitaller funds.

The rest of Ulster did not escape from this Church Templar incursion. In Dungiven a priory was built, and not far from there are still standing Double Cross Templar Graves.

Sir Arthur destroyed this ‘Warrior Church’ and spilt up their lands, selling them to different families such as Thomas Welsh and the Rowley family.

The Castle at Templepatrick wsa given then to the Humfrid Norton family.

With the success of the Plantation the memory of the Templar and Hospitallers faded.

The old Church system was destroyed and the Presbyterian church rose to prominence in the area.

The Knights were ultimately defeated - but you can’t keep a good story down!