Campaigners rejoice as as allotment reopens on phased basis 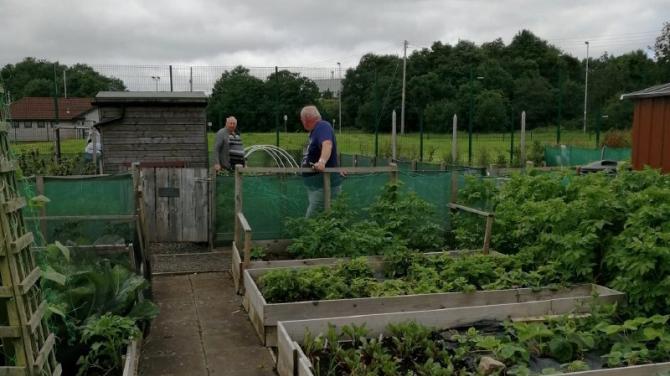 GARDENERS are celebrating after Antrim and Newtownabbey Borough Council agreed to partially reopen their beloved allotment from early next week.

The MuckandMore Allotment Association thanked the council after their campaign to be allowed access to the Greystone facility proved successful.

In a brief statement, they said: “Our allotment site will open on a phased basis from next Monday.

“You will be able to book a two hour slot and details will be released regarding booking a slot later in the week.

“Thank you to Antrim and Newtownabbey Borough Council for recognising that the growing season is upon us.”

Back in March, there was anger when council shut the gates, with claims that fruit and veg would go to waste at a time when self sufficiency and outdoor exercise has never been so important, and a campaign, backed by the Antrim Guardian, took root.

“They were closed the next day,” said John Harvey.

“Thing is, there are no council workers employed at allotments,

“The social distancing rules are adhered to as people work the allotments on their own or with people in their own household,

“People are in the open air and keeping fit - and they are paying rent for their allotments.

“Lots of people have stuff already planted, or they have stuff ready in their greenhouses for planting out.

“I have not heard one logical reason given by any councillor as to why this decision was taken. I am looking forward to reading the minutes from the committee that made this decision. Pity the bookies are closed because I would lay a hefty bet on which party proposed this.”

At the time, Antrim and Newtownabbey and Mid East Antrim Councils were the only councils of the 408 in the entire UK that have closed their allotments.