From Randalstown to the White House 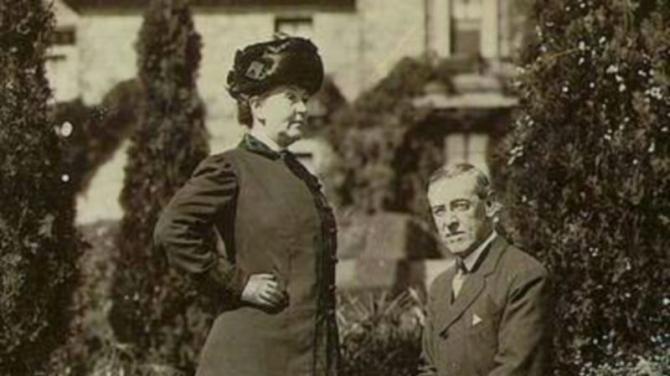 Take Randalstown man James Bones, for instance. Branded ‘bad in every sense of the term’ in his native Ulster after the ill-fated United Irishmen uprising of 1798, he went on to find fortune in the United States.

So how can a man who was thrown behind bars after the fall of Antrim and Ballymena find himself dining with the business elite and future Presidents in the New World?

The tightly woven tale was expertly unpicked by historian S Alex Blair in the Antrim Guardian back in 1976 - America’s bicentennial year.

The story begins in 1767 when James was born in the Parish of Duneane near Randalstown, the third son of John Bones, a prosperous Presbyterian farmer.

As well as following in his father’s footsteps tending the land, he became a linen bleacher by trade.

That experience led to a fortuitous meeting with Mary Adams, daughter of linen baron John Adams from Checker Hall in Cloughmills. It was John who had ushered in the Industrial Revolution in County Antrim when he erected a weaving shed on his farm and brought weavers there to work, rather than having them toil from their own cottages.

The linen they produced was called ‘checker’ because it was woven with blue and white thread in the pattern of a checker board - and it was that which also led to the naming of the grand family homestead.

James and Mary, a cousin of Rev William Stavely of Kellswater, were married in 1790 and moved to Ballyportery. He continued to prosper, but in the years that followed the French Revolution rebellion was in the air.

The Society of United Irishmen was founded by Wolfe Tone in 1791 and both James and his brother Samuel joined the movement. Sure, they had material wealth, but at what price?

James was a passionate believer in civil and religious liberty and had been greatly influenced, nay impressed, by the uprising in France.

He was anxious to see the ‘insidious’ English influence eradicated from Ireland - and its people made ‘as free and equal’ as their comrades in Paris.

But that would be easier said than done.

The United Irishmen were riddled with informers and in 1797 the name of James Bones first appeared on a Government list of political dissidents. Indeed his name was specifically marked and beside it written the words ‘bad in every sense of the term’.

When the rebellion came, James did not have to be asked twice. He was among the band of men who marched on Ballymena on the morning of June 8, 1798.

The defenders of the Market House quickly surrendered, but the mood darkened when news filtered through from Antrim. Henry Joy McCracken’s men had been outgunned and defeated.

The uprising was only hours old, but already it was doomed.

The United Irishmen quickly dispersed and tried to get home as best they could. They knew it was both futile and downright dangerous to remain in Ballymena as the forces of the crown were marching from Antrim to crush them.

Some made it, and some did not. James and his brother Samuel were not among the lucky ones and were arrested and imprisoned.

Samuel was tried by court martial at Broughshane and was sentenced to receive 500 agonising lashes from the cat-o-nine-tails.

James, however, managed to escape. The story goes that his guards were so moved when his beautiful wife paid a tearful visit with their baby that they simply let him go.

Along with several other insurgents, the Randalstowm man realised since the fight had failed, flight was the next best option so he set sail for Jamaica.

After an exile lasting two years he returned to Mary and it appeared that at last the family would finally find the stability that had been so conspicuously absent. In 1809 he even obtained a new lease for his former farm at Ballyportery.

But he remained restless. The circumstances that had driven him to take up arms had not been resolved. He may have been a free man, but he nevertheless felt that the political and social freedom he craved remained elusive.

Following the death of his father John in 1810 they were on the move again, and James was not shy of explaining why.

In a contemporary newspaper article, it was reported : ‘As a result of Tory prosecution he was again forced to emigrate and seek asylum in the hospitable shores of the New World’.

Choosing the south of the USA as his place of refuge James and his family arrived in Savannah in the summer of 1810 where, it was reported, he ‘celebrated his freedom from British tyranny by participating in the celebration of the Fourth of July’.

By this time the Bones family consisted of nine children.

The eldest son, John, was a merchant in the city of Augusta and built the first cotton factory there. He became a wealthy man and in 1825 Cedar Grove and presented the estate as a gift to his parents.

Eliza, the eldest daughter, married John Moore. He was a wealthy Augusta banker - and one of the first in the South to give his slaves their freedom.

The other children were Thomas, James, William, Robert, Jane, Martha and Samuel, who was John’s business partner.

Suddenly the family were moving in elevated circles.

Samuel’s son James married Marion Woodrow, aunt of Woodrow Wilson. The future President in his younger years often dropped by the Bones homestead when visiting his aunt and uncle, and their daughter Mrs Bower.

There was also a shared history in Ireland. Local historian Stephen McCracken recently revealed that James Wilson, the President’s grandfather, had emigrated to the United States from near Strabane in 1807. It was a small world.

His visits to Cedar Grove had other benefits too. Indeed, it was at a picnic arranged by Mrs Bower that Woodrow met Ellen Louise Axsom, who he later married.

But what of the indefatigable Ulster man?

Well, James Bones lived at Cedar Grove for the rest of his life and was buried in Summerville Cemetery, Augusta.

His tombstone bears the following inscription: ‘Sacred to the memory of James Bones, who departed this life on the 17th December 1841 in the 75th year of his life. He was a native of the County of Antrim, Ireland, ad emigrated with his family to the United States in the year 1810. He took an active part in the unsuccessful struggle for the independence of his native land in the year 1798. Preserving through life the character of an honest man; He bade adieu to this world in the confident hope of a happy immortality.’

The Randalstown man, it seems, remained defiant to the very end.

RICHARD BULLICK: Pandemic has been changing the game