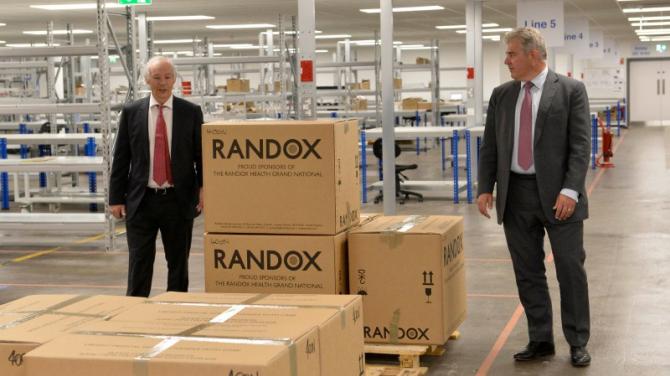 RANDOX has announced an investment of £30m in a new specialised COVID-19 testing lab.

The healthcare firm, which is currently conducting COVID-19 tests as part of the national testing programme, announced its investment in the new facilities based at the Randox Science Park in Antrim - formerly the site of Massereene Barracks - during a visit by the Secretary of State for Northern Ireland, The Rt Hon Brandon Lewis CBE.

The specialised laboratory, the development of which was fast-tracked over the space of four weeks, is the first step in a wider diagnostics investment programme from Randox.

The opening of the new laboratory at the Randox Science Park follows the company’s announcement that it is recruiting new staff across Science, Engineering and Manufacturing in support of its role within the national testing programme.

COVID-19 samples, as well as the construction of 200 new state-of-the-art diagnostic analysers which will significantly increase Randox’s capacity for COVID-19 testing.

Dr Peter FitzGerald founded the company in Crumlin in 1982.

**For more on this story, see the Antrim Guardian next week**