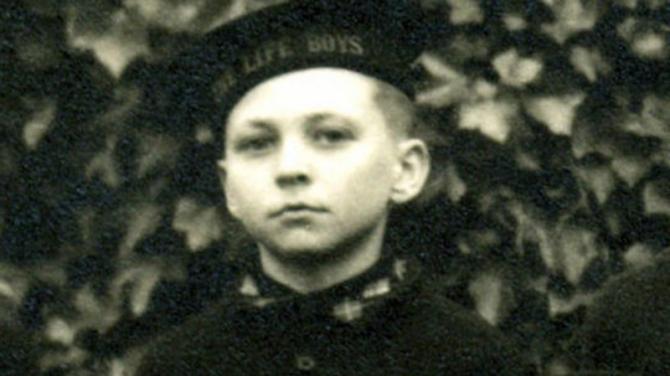 Throughout his long and colourful life he had an unerring knack for stumbling across extraordinary people in unexpected places.

Like a latter day Forrest Gump, he somehow found himself in the right place at the right time in some far flung corner of the globe to meet some awe-inspiring people - but unlike the eponymous hero, Bobby is certainly not intellectually challenged.

Far from it. Thankfully he had the presence of mind to recognise when he was in the company of greatness - and the razor-sharp recall to later share his experiences with others .

It all began almost 20-years-ago with the publication of the first part of his epic trilogy, ‘Before That Generation Passes’.

That weighty tome focused primarily on his early years in Antrim, and the impact that the war had on a sleepy market town.

That conflict also cast a long and dark shadow over volume two.

After years of tireless industry, his opus was finally completed with ‘Antrim and Beyond: Tales of Distant Lands’.

As the title suggests, this time the focus is firmly on his travels and some of the remarkable encounters he has enjoyed down the years.

It was Amelia Earhart, the famous American aviator and the first woman to fly across the North Atlantic, who said that if she ever did anything interesting, she felt it was her duty to share it - and future historians will rejoice that it is an ethos that Bobby Cameron heartily shares .

Where else would the story of Rachid, an Arab living near Mount Sinai who liked to serenade his three wives with a home-made one string fiddle, sit shoulder to shoulder with a meeting with descendents of the HMAS Bounty mutineers at Pitcairn Island in the South Pacific?

There are reflections on his long friendship with John Kerr, from Islandmagee, who was Chief Engineer on the SS Bengore Head which was sunk by feared German U-boat U-110 off the coast of Iceland in 1941.

As if that were not enough, he also expands on his unlikely acquaintance with Georg Hogel - who was the Radio Operator on U-110 when its marauding reign of terror was finally ended when it was captured by the Royal Navy later that year. The Allies stormed the stricken vessel and found top secret Enigma cipher codes on board. They were raced to Bletchley Park and are credited with ultimately shortening the war.

This was real history in the making - and the unassuming Antrim man had the unique distinction of hearing the story from both sides.

Such a tale would arguably merit a book on its own - after all, it has spawned a fair few films - but Bobby is nothing if not generous.

There’s his meeting with Peter Taylor, second pilot on the Vulcan bomber that destroyed the runway at Port Stanley during the Falklands War. And what about his pal Michael Molchoff, son of the White Russian General Molchoff, who was shot down by a Japanese Kamikaze pilot during World War Two?

Apparently he went on to become a US Judge and shared Bobby’s interest in piping, performing with a band in Fairbanks, Alaska.

“I really have been very fortunate. It really is unbelievable to think I ended up on first name terms with so many truly remarkable individuals.”

The cast of characters is matched by the peerless backdrops.

It certainly doesn’t get any bigger than following in the footsteps of the Children of Israel from Alexandria, down into Sinai and then to Aqaba before traveling north through the Wilderness of Zin and onto Mount Arun, the burial place of Aaron.

The book runs to 240 pages and is amply illustrated by around 300 black and white photographs, with 30 pages of colour. Many of them were taken by complete strangers he met on the road - or ‘ships that passed in the night’ as Bobby prefers to call them.

“A picture can say more than a thousand words, and there are some very interesting photographs here,” he said.

“Included are the first ever photographs I took, of the Heights of Abraham in Quebec where, in 1759, British troops under General Wolfe captured Quebec from the French under General Montcalm and of course the nearby Chateau Frontenac.

“Both were taken from the deck of a steamer, the SS Rathlin Head, on which I was sailing as a young engineer.

“I still fondly remember the camera I used. It was a 620 Brownie, replete with a set of bellows. It wouldn’t have looked out of place in a blacksmith's shop!”

But where did this hunger for travel come from? What drove a young man born and reared at Crosskennan in the foothills of Antrim to travel the world?

“I was very fortunate. We lived in a quiet, rural pastoral setting, It was wonderful,” he said.

“Back then things moved at the speed of a horse - but things were about to change.”

The war brought an influx of troops into the Antrim area. At this stage Bobby had seen little of the world, but suddenly it was arriving on his doorstep.

“The arrival of hundreds, indeed thousands of men, was an advent indeed. Some were from England, Scotland, Wales and Ireland, all with very different accents. Then came the Americans and the Belgians.

“Undoubtedly they planted seeds of curiosity. I remember seeing the first arrivals of the American army with their tracked vehicles, jeeps and lorries.

“I was only a lad, but the early image of these people from faraway places was undoubtedly a latent incentive to explore them for myself.

“This book sets out some of what I saw on those travels, but the over-riding theme is undoubtedly my encounters with so many interesting men and women - some eccentric, some regal, some destitute and some very ordinary, but whose bravery had helped on land, at sea and in the air to save us from the tyranny of evil men."

After his schooling at Ladyhill was complete, Bobby had periods of employment in the armament industry, at sea as an engineer and in the Northern Ireland Civil Service before becoming a lecturer in Mechanical Engineering in Lisburn Technical College and in Ballymena.

Indeed, it was at sea that he learned a key life lesson from a salty old sea dog who had taken part in the Atlantic campaign.

“He had been at sea for 30 years and we got to talking about his experiences and he surprised me somewhat when he said he had come to the conclusion that his had been a ‘wasted life’. That stuck with me.

“Sadly there was accident on board a short time later and he was killed.

“Later when I was acting as a careers’ teacher I had reason to remember that incident again. The guest speaker addressed the students at a function and told them ‘get a job and stay in it’.

“I didn’t agree with that. The first thing I would ask young people who came into my office was ‘why do you want to do that?’ Life’s too short. Don't waste it.

“That’s why when I decided I wanted to travel I didn’t just talk about it. I did it. I didn’t want to regret not getting out there.”

But his travels always brought him back to his home town, though he is the first to admit that it is a very changed place since those halcyon days at Crosskennan.

“I like Antrim. I always have - though not particularly the Antrim of today.

“I long for my Antrim and all the wonderful characters who inhabited it.”

Many of them come to life once more through his books though he admits that completing volume three was particularly fraught.

“It was a difficult book to write because I was spinning so many plates at once, but it turned out rather well.”

And so it should. After all, he effectively wrote it twice! It was ready to go to the printers when technical gremlins struck.

“On the night it was completed and a first CD was actually being processed, my computer went crazy and scattered the book’s contents to the four winds,” he explained.

“The disruption was comprehensive. It would be fair to say the book was in complete disarray. It was utterly heart-breaking.”

After 12 long months of painstaking reconstruction, the new manuscript finally got to the printers.

“I hope people enjoy it. It has been a labour of love for me but it’s good to get these stories down - Before That Generation Passes,” said Bobby.