Rashford 'an inspiration to everyone' says SuperCupNI boss Leonard 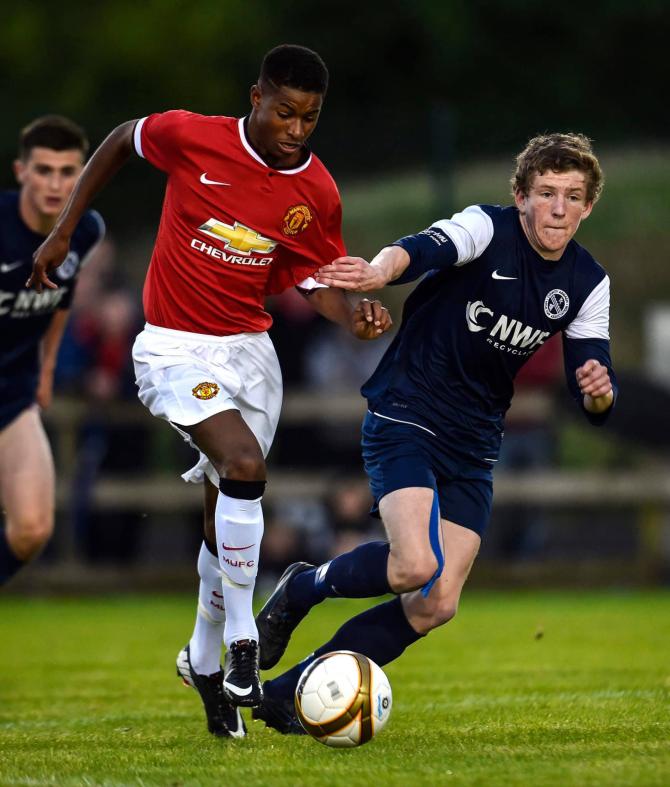 Marcus Rashford with Manchester United’s Premier side at STATSports SuperCupNI in 2014.

THE chairman of Northern Ireland’s world famous STATSports SuperCupNI tournament says he is not surprised at Marcus Rashford’s resolve in taking on the government over free school meal vouchers.

Victor Leonard, chairman of the international youth football competition at which Rashford was twice a winner with Manchester United, has always been impressed with the manner in which the young England international striker has handled himself.

As Rashford vowed to continue helping those in need after successfully forcing the government to reverse its decision not to provide free school meal vouchers during the summer, Mr. Leonard described the footballer as 'an inspiration to everyone.'

He added: “We first came across Marcus in the Manchester United squads that came across to Northern Ireland to compete in our tournaments.

“He was a smash hit as United went on to win the Premier section in 2013 and 2014 but you could not help but admire the way, even at a young age, Marcus conducted himself.

“We have been across to United many times and it was always very clear how highly regarded he was as a player and a person.”

Rashford came off the bench in United’s 2013 final victory over County Tyrone at Ballymena Showgrounds and started when the Red Devils triumphed 12 months later against defending champions Vendee from France.

Victor added: “I think he is an inspiration to everyone. He has been so passionate about this issue but gone about attempting to bring change in a highly commendable manner.

“He is a credit to his family and his club and we at STATSports SuperCupNI are privileged that he is one of our tournament graduates who has gone on to achieve greatness in his football career and also through his campaigning for something in which he believes so fervently.

“Hopefully he will continue to be an inspiration to all of us.”

Rashford has raised about £20m to supply around three million meals to vulnerable people while working with charity FareShare UK during the coronavirus lockdown.

In an emotional open letter to MPs, Rashford drew on his own experience of relying on free school meals and food banks growing up. He said his story was 'all too familiar for families in England.'