Love and loss in the Great War 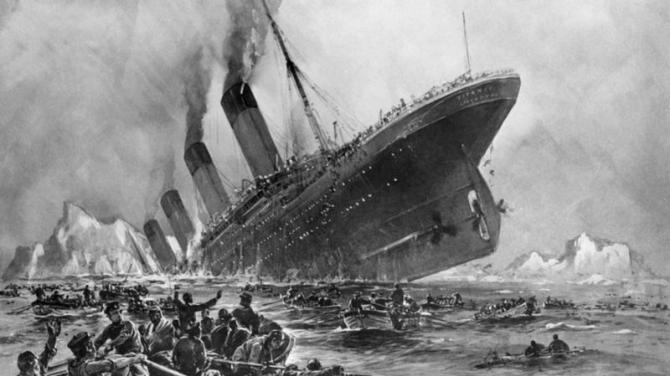 YOU can choose where you plant the seeds, but over time it can become difficult to contain the growth - just ask anyone who has tried to untangle the snarled roots of their family tree.

This is the remarkable story of a passionate love forged and then lost in the heat of battle - of a precious few months that forever shaped families on both sides of the Irish Sea.

It all began in 1892 when Isabella Mellis and Adam Thompson, owners of the Seaviw Hotel in Boddam, Aberdeenshire, took in a more permanent lodger - a baby son they christened Adam Howie.

The Thompsons were a close family unit, so there were tears when Adam’s brother Alexander announced that he was setting sail to a new life in America.

He booked his passage on HMS Cymric, but his plans were thrown into disarray when a coal strike put paid to the sailing. Undeterred, he transferred to another vessel which was making its maiden voyage...

Alexander was a lowly third class steerage passenger, but this was an opportunity of a lifetime.

The ship was the Titanic and it slipped under the icy waters of the Atlantic on April 15, 1912 with the loss of more than 1,500 souls. Alexander Thompson’s body was never recovered.

It was a devastating blow to the family, but their loss could not overshadow Adam’s sense of duty as war clouds gathered over Europe. He had a promising career in a London bank, but King and Country were calling.

On November 14, 1914 he proudly joined the 4th Battalion of the Gordon Highlanders destined for the killing fields of France. He saw plenty of action as part of the Expeditionary Force but he was forced to leave the ‘theatre’ on January 2, 1917.

The Gordons were heavily involved in the Beaumont Hamel campaign at the Somme, but the young Scotsman’s campaign ended abruptly when his trench was gassed.

With so many young me leaving the front bloodied and broken, special makeshift camps were created to deal with the casualties.

One such unit was at Shane’s Castle near Antrim. Created at a cost of £200,000, over 10,000 weary troops would seek solace there by the banks of Lough Neagh.

And it was there that Adam Howie Thompson first laid eyes on Mary Kathleen Stuart Young.

Mary lived at Church Street in Antrim and it would seem that she was swept off her feet by the heroic young soldier.

It was to be a whirlwind romance, and the pair were married in First Antrim Presbyterian Church on April 30, 1918.

The young couple moved back to England and Adam - his vision restored - enrolled with the Royal Air Force in Reading on June 4. The war, after all, was still raging.

Assigned to 191 Night Training Bombing Squadron, he and a co-pilot took part in late night training sorties in the skies above RAF Upwood. Manned flight was still far from an exact science and accidents were not uncommon - some of them fatal.

And so it was on September 7, 1918 when he took to the skies with Second Lieutenant AE Parks.

It was to have been Parks’ last flight as he had ‘lost his nerve’, but nevertheless he was still at the controls when the plane stalled and spun to the ground, exploding on impact.

Both men were killed.

Mary and Adam had been married for less than five months and now the Antrim woman found herself a widow, hundreds of miles from home. And she was pregnant.

She returned to Church Street where she was reunited with her sister Eileen and brother Campbell, both of whom never married.

The family already knew about the horrors of war. Her brother James Bailey Young was commissioned in the North Irish Horse in April 1917 and won the MC for ‘conspicuous gallantry and devotion to duty’ for his heroic service at Dadizeele in Belgium on September 30, 1918.

Without a thought for his own safety, he put his trench mortar into action in the open whilst under withering machine gun fire.

When his base plate broke, the local man stood up and personally held the mortar until all his ammunition was fired, putting a machine gun out of action in the process. Mission accomplished, he then used his team as infantry and joined in the attack defending a flank.

As a footnote, Jim Young went on to qualify as a doctor. After he war he rose to become President of the Northern Ireland Branch of the British Medical Association.

Mary stayed in Antrim, eventually remarrying in 1959. Her second husband was Boyd Blair, who owned Balloo Farm on the outskirts of town.

Together they worked the land for a few more years, eventually selling it for £12,000 to Greenmount Agricultural College.

But what of Mary’s child?

Adeline Howie Thompson was born on March 18, 1919 and was raised in Antrim.

Presumably with support from the RAF Officers’ Association, and perhaps help from her uncle Jim, she attended Princess Gardens Boarding School in Belfast.

A talented student, she qualified as a Doctor of Medicine at Queen’s University in December 1943.

Adeline was invited to join the family’s medical practice near Glengormley, but she was a free spirit - and she clearly had her father’s blood pumping in her veins.

There was no conscription in Northern Ireland during WW2, so she volunteered to join the Royal Medical Corps and was posted to Saighton Army Camp in Chester.

There she met, fell in love and eventually married Captain James Withe, from the Royal Electrical and Mechanical Engineers.

Together they had four children - Michael, Ellison, Adeline and Mary.

She requested to be buried in Antrim when she passed away and the family carried out her wishes to the letter.

“The reason that my mother wished to be buried in Northern Ireland was that she did not want any of her children to forget their heritage,” said Ellison.

And they did not. In recent years he has visited Antrim on a number of occasions as part of a ‘family research project’.

“I am trying to piece together all the information I can about Mary’s life in Antrim and her work at Shane’s Castle.

“At present I don’t even know what her role was at the camp. I assume she was a volunteer auxiliary helper, but it would be great to get some confirmation of that.

“Our Antrim roots are very important to us as a family.

“It would be great to see any old photographs or hear any old stories that would help us find out more.”