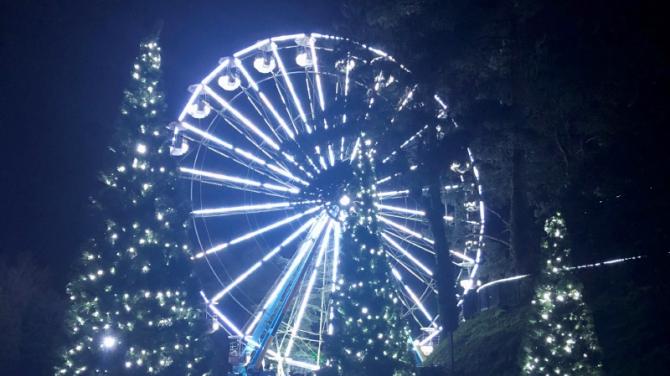 THE council is to meet next month to decide the fate of the Enchanted Winter Garden.

The seasonal showcase has proved a big hit with crowds in recent years, luring a steady stream of festive visitors from across Northern Ireland.

But COVID-19 has changed everything.

The closure of civic buildings has slashed income, leading to grim predictions of unprecedented rates increases.

With belts being collectively tightened across the organisation, the council has no option but to go big name hunting - temporarily calling time on many major events.

The Winter Garden was not immune from the cull, but a final decision was put on hold after a private enterprise revealed that the Castle Gardens extravaganza was on their Christmas list.

But they were some caveats for the council to mull over.

To make it economically viable, ticket prices would probably rise. It is understood that they are also keen to run the event for up to 10-weeks - which means that large swathes of the grounds will be out of bounds from around Hallowe’en.

Nothing has been agreed yet, of course, but some local reps have been quick to set out their stall.

Alliance Councillor Neil Kelly, an outspoken opponent of asking families to pay to visit their park, has said that he is vehemently opposed to giving a private company carte blanche.

On the other side of the coin, Ulster Unionist Jim Montgomery said the choice facing council is stark - let the private firm take over the reins or risk the very real prospect of losing the perennially popular event altogether.

There is much to decide and at this stage the council are remaining tight-lipped.

“There has been no decision taken on Enchanted Winter Gardens,” said a spokesman.

* See page 4 for a full report on the debate, including platform pieces by the diametrically opposed local reps.